Ajax Cape Town coach, Stanley Menzo has called on his players to be extra vigilant when they play ABC Motsepe League team, KwaDukuza United in the Nedbank Cup Last 32 match on Saturday afternoon. 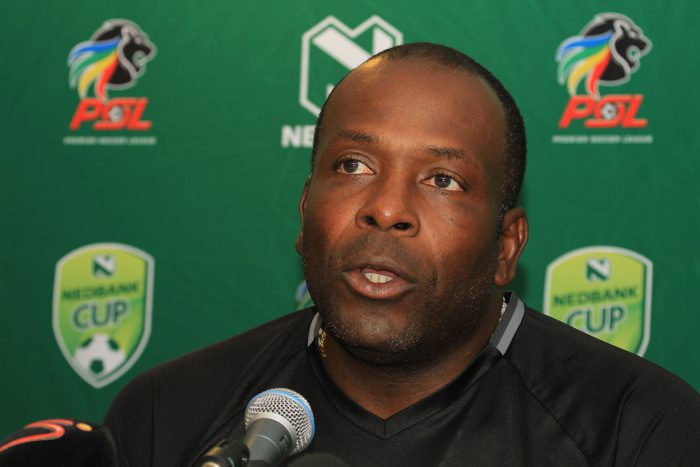 “Whenever we are playing clubs from the lower ranks, it’s always tricky. They have nothing to lose,” said Menzo on Thursday morning.

“We are taking the game very seriously. I know there is a temptation to field fringe players in cup competitions but we can’t afford that,” added the former Dutch player.

He said Saturday’s match will be a mental test for his side. “We will have more of a mental struggle on Saturday. We will be favourites but the opponents are going to so determined,” said Menzo.

KwaDukuza coach, Thami Ngubane, said his team are very ambitious and will be looking to cause an upset and be the giant killers in this year’s edition of Ke Yona.

“We are an ambitious club. We are new – just 6 months old. We bought the status from Natal United,” said Ngubane who is a former Thanda Royal Zulu and African Warriors coach.

“We have the players who can rise to the occasion against Ajax. We want to give players opportunity to showcase their talent. We have prepared very well for Ajax. They are favourites but we can surprise them,” he added.

He said the match presents a big opportunity for his players to impress Ajax scouts who might be looking for players.

“This is a big stage for these players but we have a couple of experienced players. Ajax are not doing well, we must take advantage,” he said.

The match is set for Sugar Ray Xulu Stadium in Clermont outside Durban.