Pitso admits he was feeling the pressure

Mamelodi Sundowns coach Pitso Mosimane was glad for the release of some pressure after Masanawana's emphatic 3-1 Absa Premiership victory over Orlando Pirates at the Orlando Stadium on Wednesday. 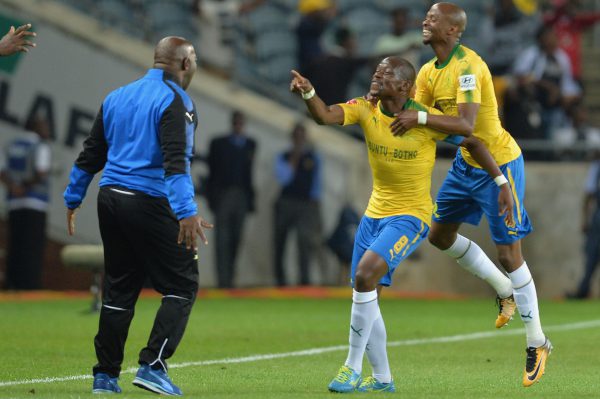 The Brazilians went into the game on the back of three straight defeats in all competitions, the first time this sort of run had happened since Mosimane took over at Choorklop in late 2012.

But two goals from Hlompho Kekana, one a wonder-strike from his own half, and another from Anthony Laffor left the Buccaneers reeling in a thrilling match.

“It is a big relief for us, we needed the win,” said Mosimane afterwards.

“I said Steve Komphela needed a reliever when they beat us and some people were not happy with my statement. It is like we did him a favour, no we played to win but it was a reliever for him.”

READ: We told Kekana to go for it – Pitso

Mosimane praised Pirates for their display, lavishing compliments on Bucs head coach Micho Sredojevic and assistant Rhulani Mokwena, who was Mosimane’s assistant at Sundowns before joining Bucs this season.

“It was not really a game of tactics, to be honest. It was a game of heart, soul and emotions. The first goal we can’t say we planned it (Abbubaker Mobara’s clearance was blocked by Kekana and went in). But Rhulani Mokwena has our book. And it showed today by the way Pirates played,” he added.

“Pirates played beautiful football, it is unbelievable. They had too many number 10s, too many lines. It is top coaching from Micho and Rhulani. I always say when Pirates play Sundowns, you see a proper football game.”

“I am happy to win in Orlando again. We always want to be victorious here because it is always a good feeling,” said Kekana.