Orlando Pirates coach Micho Sredojevic might not have beaten Polokwane City, but the Bucs coach was happy to see teenage striker Lyle Foster score his first goal for the club as well as their fans turning out in large numbers. 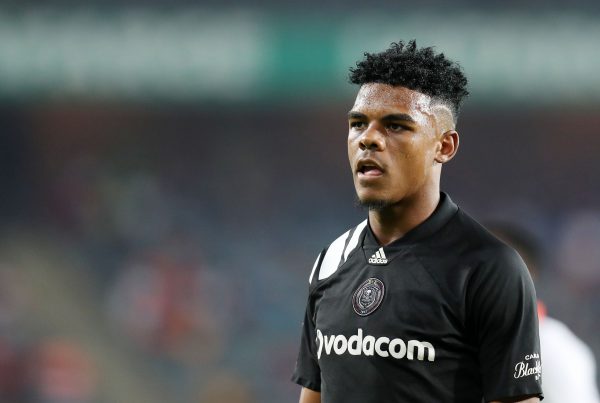 Having began the year on a positive note with victories over Baroka FC and Mamelodi Sundowns, Pirates fans rallied behind the club hoping for another three points, only to see the team being held to a 1-1 draw by the Limpopo side at the Orlando Stadium on Saturday.

Bucs came from behind after Dominic Chungwa put Polokwane ahead in the 18th minute, only for substitute Foster to cancel out their advantage in the the dying stages of the game, forcing the teams to share the spoils.

“Lyle was in his honeymoon phase. He signed a contract, had an assist against Cape Town City, then went to France. Then he was injured and went on national duty to play in the Cosafa Cup and he did well there. We are very proud of him,” said Micho.

“Seeing Lyle score today is the sum of all his hard work because he puts in the time at training. He has been pushing really hard since we came back from the break.”

“The fans came out in numbers, they have been amazing from the start and we really felt that tonight (Saturday). It’s just a pity we didn’t give them the result they were hoping for. But it can’t stop here. We value their support and we will continue to do everything possible to win our games,” he said.

Micho added that the match against Downs last week took a lot out of his players, and they needed to be cautious ahead of this game.

“We played a big match last week. It took a lot out of us physically and emotionally. We needed to be more grounded in our preparation for this game.”

The result saw Bucs go to 27 points after 18 matches.

The Soweto giants will be hoping to get back to winning ways when they travel to Phokeng for a meeting with a struggling Platinum Stars at the Royal Bafokeng Sports complex on Saturday.