Chiefs will have to fight for second spot if they are serious about playing Champions League football next season. 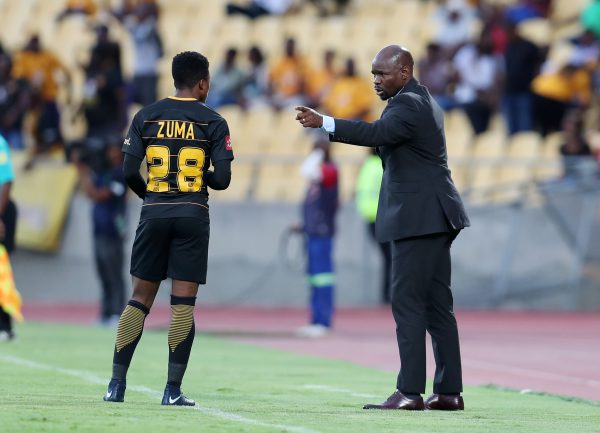 Making their first public appearance after last weekend’s shameful events at FNB Stadium where they lost 3-0 to Chippa United, Kaizer Chiefs players yesterday were at one in saying they had to soldier on and fight for at least a spot in the Caf Champions League next season – a feat they can only achieve by finishing first or second in the Absa Premiership.

The defeat to the Chilli Boys – which was followed by fans riots – derailed Amakhosi’s chances in the Premiership title race.

Mathematically, Komphela’s side can still steal the league title but more realistically if they are serious about playing Champions League football next season, they will have to fight for second spot.

Dumisani Zuma, one of the players signed in January amid some fanfare, admitted it has been a tough season for the club.

“It’s a sad situation we are in but I think we must soldier on and win our remaining games,” said Zuma. “It’s been a tough season for us and every time I step on to the field I always try my best. With the chances I’ve had, maybe if I had converted two I would have made greater steps.”

Zuma said the new players are still finding their feet.

“We have been trying to gel with the team. We have been pushing at training to make sure we get selected to play and do well. Playing for Chiefs comes with pressure, even if you are new to the team.”

Amakhosi will have to be on their guard as they face a Platinum Stars side whose back is against the wall as they fight tooth-and-nail to avoid relegation. Zuma said the team are well aware of this.

“It is going to be a tough match. Stars are fighting to climb up while we also want to get our momentum back,” he said. “But we are ready for them. We need to show more hunger and perhaps win the game in the first half.”