Chippa United can move clear of the relegation zone with a home victory over Golden Arrows at the Nelson Mandela Bay Stadium on Friday. 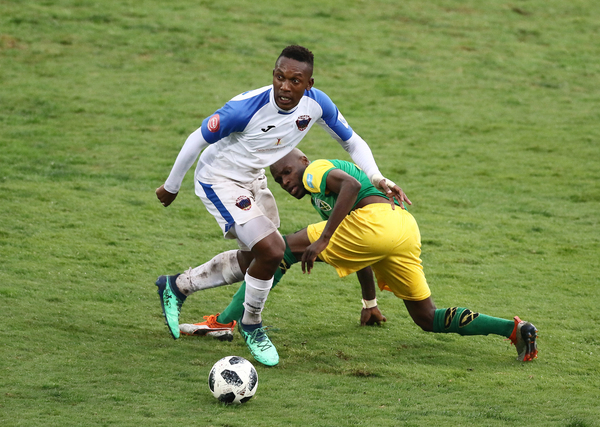 The Chilli Boys are still only three points clear of the dreaded drop zone despite the massive upturn in fortunes since Clinton Larsen took over as head coach of the club in January.

Larsen has overseen a win and draw in his last two league matches and won both the Nedbank Cup fixtures.

A victory over Arrows will allow Chippa to have a full go at the Cup and try and give something back to the supporters who have stuck by them through what was difficult start to the season.

There could be extra incentive for Larsen of course as he was the coach of Abafana Bes’thende up until December before Steve Komphela took over.

Komphela has done decent job at the KZN outfit as they have lost only once in their four matches in all competitions.

Arrows sit in 10th place on the log still four points from a top-eight place so we can expect both teams to go for victory.

The game will kick off at 20:00 at the Nelson Mandela Bay Stadium in Port Elizabeth.