We lost it, not the players, says Mbombela coach 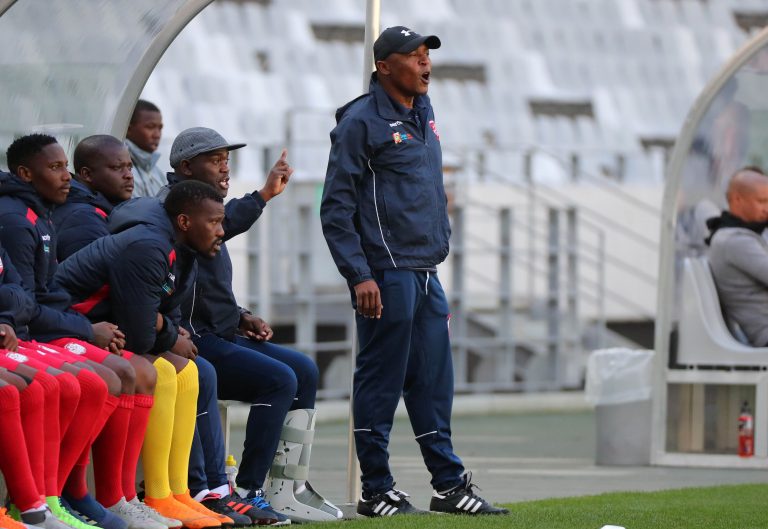 Mbombela lost 2-1 to Kings over a week ago and suffered another fatal defeat with Maccabi trouncing them 3-0 last Sunday. Mokeri Senwamadi, Collins Mbesuma and Modibedi Mokoena scored in a crucial win for Maccabi which ensured the Gauteng based side remain in the NFD for next season.

“In football there are many factors that come into play,” said Dlamini after the match. “There are factors of football, factors of performance… The key is the psychological and motivational part. You can prepare tactically, technically, physically and otherwise but if you lose it in your mind, you have nothing. If you lack motivation it becomes a problem,” he added.

He admitted that failing in the late stages of the season was painful as they had set out to win the NFD and get promoted to the Absa Premiership.

“Our goal was to win the league as a team and we worked towards that but I think the defeat to Real Kings last week was a sucker punch for my players. They could not recover from that. That is why we came here just to show face and never really competed. We could not even get into first gear in this game.

“There are things that happened at the club and we lost our motivation and we never came back from it. We can’t disclose some of the things that happened but we lost it as management, we lost it as coaches. It’s not about the players. That is why I felt sorry for them when they went into the field in that state of mind. Their reputations were at stake and they play in such a state,” said the former Platinum Stars and Baroka mentor.

Ezenkosi were desperate for the full points in their last match at home this season as they would have marked them safe from relegation. They now have to fight with everything they have in their last game away at Witbank Spurs. Tshakhuma remain in with a chance to make the playoffs but they should win their last matche against Richards Bay to ensure they get into the playoffs.

The Urban Warriors’ playoffs chances were dealt a heavy blow with this defeat which leaves them out of the playoffs going into the last round of matches. But they can still do it if they can beat Mbombela United away but that will depend on other results as well. Rodrick Kabwe opened the scoring for the home side but Sibusiso Magaqa cancelled that before Menzi Ndwandwe left the urban Warriors seething when he netted the winner.

Played on his birthday in his home province, AmaTuks coach Zipho Dlangalala could not gift himself the full points as a rampant Natal Rich Boys bagged the three points on offer on the day. Thabang Chuene set the visitors on their way but Mpho Erasmus, Sandile Kubheka and Michael Gumede had other ideas.

The Magic Boys finally found their wand and eased their relegation worries as they now need just a draw in their last game to ensure safety. Bongumusa Nkosi, Siyavuya Ndlovu and Luvuyo Phewa were the kings on the day as they scored the important goals on the day. Ubuntu will now have to win their last game against Royal Eagles while hoping either Cosmos or Kings lose on the last day..

Gregory Roelf, Abednigo Mosiatlhaga and Ashley Du Preez ensured Stellies keep their two points lead going into their last game where they play Maccabi at home. The Spirited Ones may rue the result however as they now desperately need a win or draw at AmaTuks in their last game to avoid relegation.

It seems Dan “Dance”Malesela cannot get his team to forget about their Nedbank Cup final appearance and focus on their league games as they suffered a second defeat in a row since qualifying for the Ke Yona final. Thabo Moseki and Noko Malekane were the heroes on the day for Abantu Bemthetho. The win ensured Sporting avoid relegation.

As expected, Eagles pocketed the full points against the already relegated Siyavutha. Diego Brown, Levy Mashiane and Khanyiso Mayo ensured Eagles remain with a chance of getting automatic promotion depending on the results of the last day. Eagles are away to Ubuntu in their last game.