Stellies win NFD, back in Premiership

Stellenbosch FC are National First Division (NFD) champions and get automatic qualification to the Absa Premiership for next season. 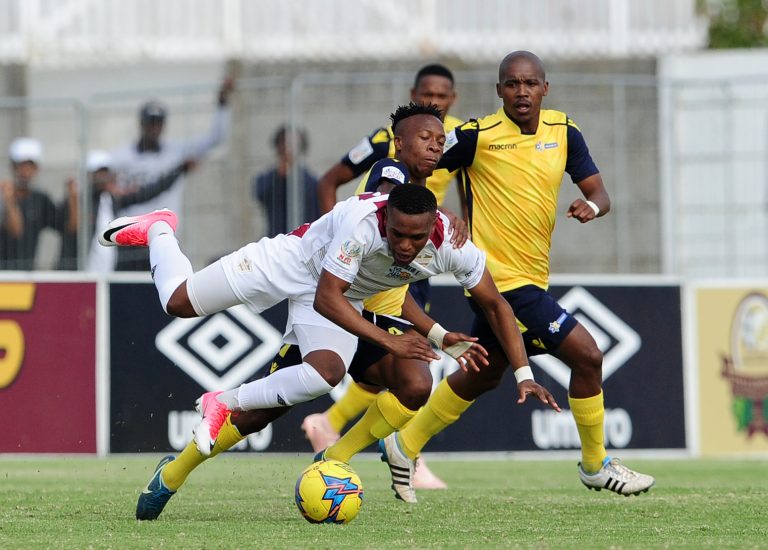 The goalless draw against Maccabi FC at Idas Valley Stadium on Sunday afternoon was enough to seal Steve Barker’s team’s qualification for Premiership football next season.

They became the second Cape Town based side in the top flight after Cape Town City. Stellenbosch were previously known as Vasco Da Gama.

Royal Eagles fumbled to a 1-0 defeat at Ubuntu Cape Town and ended second on the NFD standings and will now have to try for promotion through the playoffs.

Fawaaz Basadien opened the scoring for Ubuntu finishing off a move he started after dispossessing an Eagles defender just outside the box. The visitors almost had an immediate response but Lesvin Stoffels’ long range shot hit the upright with the Ubuntu keeper beaten.

The win was however not good enough for Ubuntu as they were still relegated after Jomo Cosmos and Real Kings also won their games. Cosmos beat Witbank Spurs 3-0 while Kings won 1-0 at TS Sporting to Sporting their safety.

The playoffs are set to begin on May 15.