It’s been a crazy season for Chiefs – Parker

Bernard Parker may have given the best description of Kaizer Chiefs' Absa Premiership campaign when he said it has been a crazy season. 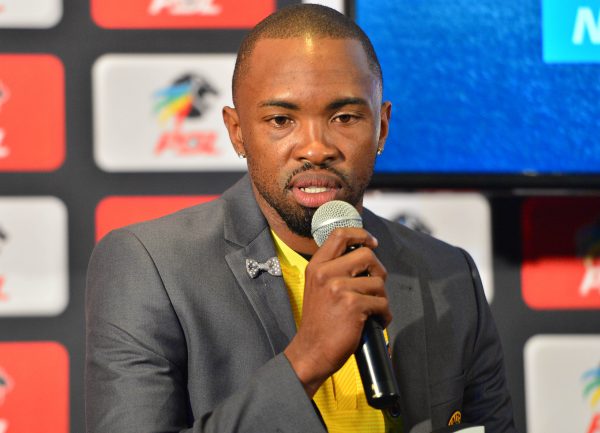 Speaking after the 1-1 draw against Free State Stars on Saturday, Parker said Chiefs could have been better had they drawn from all the positives the team have shown over the season and applied themselves in every game.

The draw left a bitter taste in the fans’ mouths and especially coach Ernst Middendorp. The coach wasn’t impressed with his players’ application. Parker also admitted they could have done better.

“The result didn’t go our way,” he said. “But we can take a lot of positives from the match into the next one – which is our final (league) match of the season,” he added. Amakhosi are away at Chippa United this weekend in their last game.

“Chippa are fighting for survival and we want to be in the top eight. We both need the points but it is important to focus on ourselves. We have to get the three points and that would be a great confidence-booster going into the Nedbank Cup final.

“It has been a crazy season with highs and lows, ups and downs. We learnt a lot of things. There were a lot of positives that we drew from this season. I think we could have done much better,” said the 33-year-old former Benoni Premier United star.

Chiefs can, however, make up for their disappointments in the league when they play the Ke Yona final at the Moses Mabhida Stadium in Durban on May 18.

“It’s very important for us to finish strong. It will be a do or die for us in the Nedbank Cup final as we have to put smiles back on the faces of our supporters. We have to dig deep to find the confidence so we can be the best,” he said.

The big challenge for Middendorp – which he seems to have failed at – has been to keep his team focused on the league games and not worry about the final. And Chippa coach Clinton Larsen has revealed he will capitalise on this on Saturday afternoon.