When waking up to go to training turned into a tedious chore, former Black Leopards goalkeeper Jacob Mokhasi thought it was time to retire. 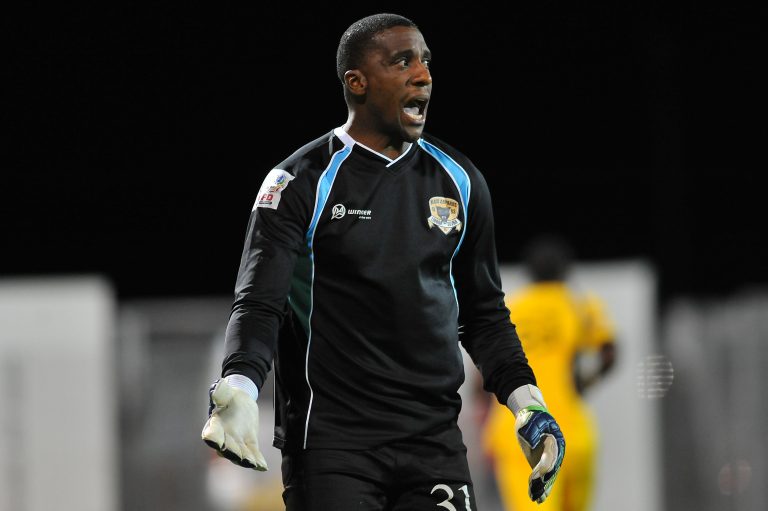 Mokhasi works as a goalkeeper coach in the ABC Motsepe league for Young Zebras FC after returning from a self-imposed exile from football.

The father of three spent more time with his children and continued working as a coach at Harmony Primary School in Virginia, Free State.

“When you don’t wake up with that edge to go to work in the morning then you should retire or leave what you are doing and know that it is over. The passion is gone,” explained Mokhasi, who left Leopards in 2015.

“I started playing football when I was very young, I was the first black goalkeeper to sign for Bidvest Wits. And when your body is tired you can’t change that. Plus, the injuries that I had as well. My injuries made it hard as my body was failing me and I decided to leave. I wasn’t myself and I said I will not go back to football anymore.”

The 36-year-old was motivated by his poor background to work towards being a professional footballer at the age of 17, signing a contract with Wits after returning from playing for the Under-23 squad in Argentina.

After buying a house for his grandmother with his signing fee from the Clever Boys, Mokhasi went on to open his gym Fitness Fanatics a few years later to create a second income stream for himself. Mokhasi is passionate about living a healthy lifestyle and tries to get South Africans out of their unhealthy habits, especially footballers who gain weight once they hang-up their boot. He took his obsession with staying in shape and turned it into a business.

“I am still fit to this day. I have been taking care of myself more now as a retired footballer than when I was still playing. If you look at our legends and you look at legends from Ghana and Nigeria, those guys look proper and perfect but we walk about with big bellies. Even ex-players in Europe still look good, it shows that as South Africans tend to relax, even while playing football we still don’t condition ourselves like athletes. Look at our coaches and those from outside of South Africa, we don’t look fit.”

Mokhasi says it is difficult to try and help some ex-players with earning an income before there is a lot of backstabbing. The Virginia-born goalkeeper coach detailed the betrayal between former team-mates trying to make ends meet.

“As gents (ex-players) we pretend to take care of each other but we don’t. Out of 10 there are four guys who are doing all they can to make sure the other ex-players have access to opportunities. Sometimes you find an opportunity and you need help but then you come back to trust, who will you call to help you and share the money with. For example, you get someone to come and help you as an assistant coach he gets here and tries to take your job. So the lack of trust (also) makes it difficult to help others.”