Chiefs, Pirates youngsters set to spark the derby into life

“We have to work with him (Tshobeni). Now comes a big game and a question for the coach," said Josef Zinnbauer. 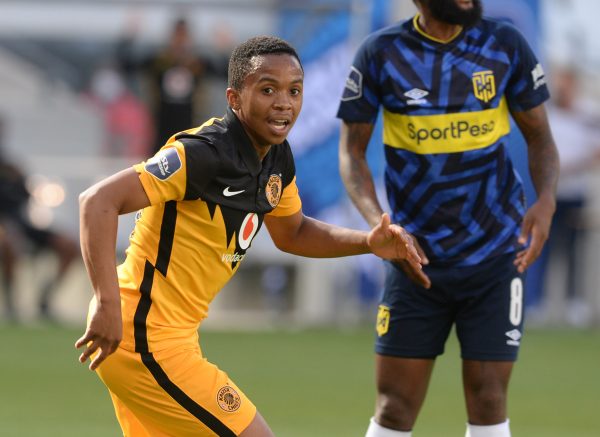 Orlando Pirates and Kaizer Chiefs’ young guns could be the midfield keys to unlock what promises to be a fascinating DStv Premiership Soweto derby at Orlando Stadium on Saturday.

While Amakhosi have 21-year old Nkosinghipile Ngcobo dictating things in the middle of the park, Pirates have 18-year old Azola Tshobeni, who recently broke into the Buccaneers starting line-up.

While it would be interesting to see Ngcobo and Tshobeni come up against each other, however, the latter is not certain to start. against Chiefs, with Josef Zinnbauer undecided on whether to play him on such a big stage.

The German mentor has been impressed with Tshobeni’s display in their last two games and says the midfielder works very hard at training, along with 23 year old Bongani Sam, another young player impressing at the moment, with a goal and an assist in his last two games from left back.

“He (Tshobeni) came into training and gave a good performance. I told the squad that if you give a signal (perform) in training you will get a chance. He works on (learning) our system, he works on his conditioning and he played very good game against Maritzburg United,” said Zinnbauer this week.

“He didn’t have a bad game in the last match (against TS Galaxy). But it … was a man-marking team. We changed the structure a little bit in half-time and that was the reason we pulled him off.

Meanwhile, at Chiefs, Gavin Hunt has been playing with young players like Ngcobo, Njabulo Blom, Happy Mashiane and Darrel Matsheke.

Having given these players a lot of opportunity to play, the Amakhosi coach says it’s vital for them to grab the chance with both hands.

“For these young players who are coming in – they have been given a chance and now they have to hold on to those chances. It is important that we play properly and improve with or without the ball,” said Hunt.

Amakhosi have improved a little of late under Hunt, after a dreadful start to the season saw them win just one of their first nine league games. Chiefs are currently unbeaten in five Premiership matches, though they have been held in their last two, including a 1-1 draw in midweek with Baroka FC.

Pirates also drew 1-1 this week, with TS Galaxy, and have lost ground of late on Mamelodi Sundowns, Moroka Swallows and SuperSport United at the top of the table.