De Reuck has long being linked with a move to Sundowns’ rivals, Orlando Pirates, but Bucs pulled out of the race after landing Thulani Hlatshwayo. 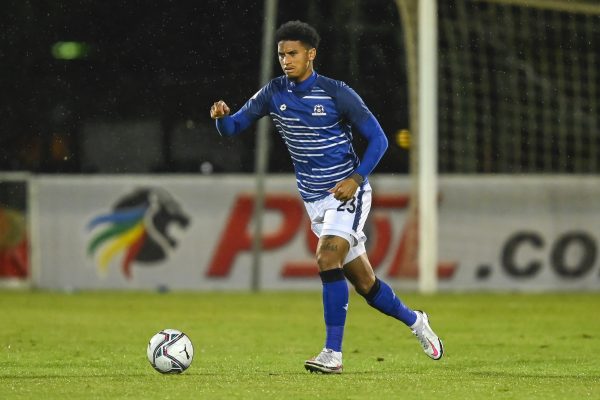 Phakaaathi reported in the supplement addition this week that Maritzburg are set to lose De Reuck after the defender put in a transfer request with the club’s management.

A source close to Maritzburg told Phakaaathi that the club was reluctant to sell their prized asset.

“I think Mamelodi Sundowns may have been whispering sweet nothings to De Reuck’s ears hence he now wants to leave. There is some resistance from the club because they need him as they battle to move away from the relegation areas. He is an experienced player and the pillar of the defence in the team so his request is laying heavy on the club,” said the source.

But the Team of Choice has now acceded to the Bafana Bafana defender’s request.

De Reuck has long being linked with a move to Sundowns’ rivals, Orlando Pirates, but Bucs pulled out of the race after landing Thulani Hlatshwayo.

The Brazilians have now moved swiftly to secure the signature of the Bafana Bafana defender.

A source at Sundowns confirmed De Reuck’s presence at the club.

“He was here at training, but he he didn’t train with us, maybe he will join us at training on Monday,” said the source.

Sundowns are set to register De Reuck in their Champions League squad ahead of this coming weekend Caf deadline.

A picture of De Reuck signing a Sundowns contract quickly made rounds on social media on Friday. De Reuck started his football career at ASD Academy in Cape Town before moving to Portugal to join FC Pacos de Ferreira in 2014.

He returned to South Africa a year later and joined the now defunct Milano United.

After two seasons with Milano, he was snapped up by Maritzburg in 2017. After struggling to cement his place in the Team of Choice starting line-up, De Reuck then became a very important member of the Maritzburg squad, playing regularly for different coaches.

This season the 24-year-old has made 10 appearances for the Team of Choice.