Mbule has missed just three of SuperSport's 14 DStv Premiership games so far this season and he has contributed with two goals and five assists. 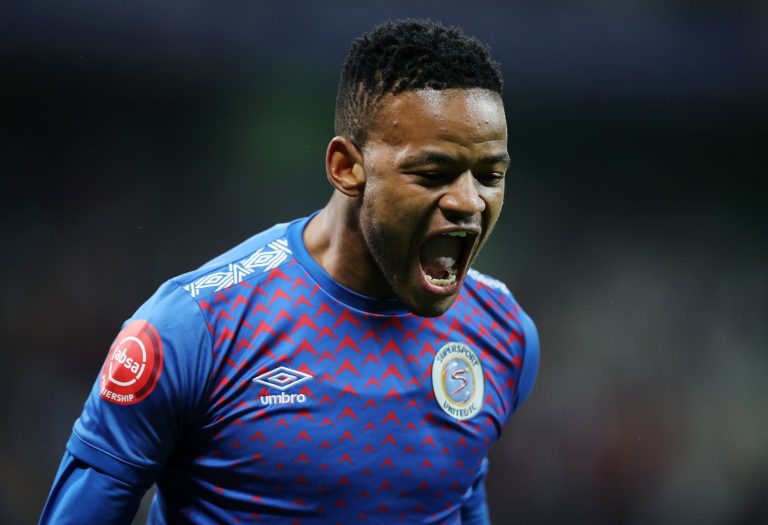 For a while now Kaitano Tembo has been really critical of SuperSport United midfielder Sipho Mbule, constantly asking for more from him and was never hesitant to withdraw him in big matches or early on in games when he was not, seemingly, playing to his instructions.

Mbule has missed just three of SuperSport’s 14 DStv Premiership games so far this season and he has contributed with two goals and five assists.

His last goal contribution came in a 2-0 away win to Tshakhuma where he scored the second goal. He did not do much against Swallows FC in their last game – at least where the goals are concerned – but Tembo was overly pleased with his display.

“I am quite pleased with Jammie Webber, Sipho and Lucky Mohomi. Remember that Lucky has not played much football and it was the first time he played three games in row for us. He played for 80 minutes against Swallows and you can see that he is still lacking game fitness… that is why he was cramping towards the end when we played Swallows.”

Mbule has hit form at the time when Tembo needed him the most as Teboho Mokoena, who is a good friend of Mbule, is out on an MCL grade two injury and will be on the sidelines for three more weeks.

Mbule has carried the baton at the heart of midfield, playing what modern-day football has coined a ‘fetch and carry’.

“If you have a player like Teboho you obviously want him on the pitch and we are always going to need a player of his calibre. He is a good player and he gives us options as well,” said Tembo.

“Sipho has been stepping up and he takes responsibility in midfield, I think he has been the focus of most of our attacks and that is what we want from and it is what we are expecting from his skill and ability. We don’t want him to be just like any other player, we want him to be effective and be someone who can create and score goals. He has about five assists at the moment and three goals. We don’t want him to just use his skill for entertainment, but to make sure that he uses that for us to win matches.”