Uthongathi FC coach Pitso Dladla is banking on his charges to take advantage of the Bucs back four which has conceded three goals in the last two games. 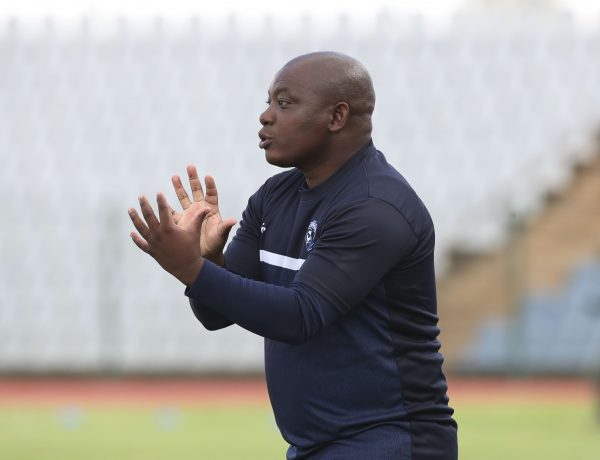 It might be a big team, but Uthongathi FC coach Pitso Dladla says Orlando Pirates have some defensive errors, which his team will be going out to expose when they meet in the Nedbank Cup at the Orlando Stadium on Saturday.

Dladla acknowledges that Pirates has some quality in attack, but he is banking on his charges to take advantage of the Bucs back four which has conceded three goals in the last two games.

“Pirates is a good team from all departments, but as a team of course there should be loop holes somewhere there,” said the Uthongathi coach.

The GladAfrica Championship side coach added that they will give the Buccaneers the respect they deserve looking at the club’s history, but they will have to go out there and match them on the field.

“The most important thing is to give Pirates the respect that they deserve. You look at their history, they are a team that when you play against you should be able to give 120 percent for that badge,” he continued.

“The first thing we told the boys is that we should match Pirates with desire and commitment. But before we anything, looks the history, look at what their chairman has done for football in the country. Once you realise all those things you will know once you meet them in the field of play that if your won’t match them in terms of effort, desire and commitment then you won’t stand a chance to compete with them. But right now we are preparing on tactical issues and I believe football will be the winner on the day.”

Both sides will head into this match having lost their previous matches with Uthongathi losing 1-0 to JDR Stars in the GladAfrica Championship, while were edged 2-0 by Golden Arrows in a midweek DStv Premiership tie.

Will off-the-field issues hinder Pirates' chances of beating Sundowns?
3 hours ago
3 hours ago

Will off-the-field issues hinder Pirates' chances of beating Sundowns?
3 hours ago
3 hours ago