The win saw Stellies move up to 12th place in the log standings while the Citizens remained seventh after the loss. 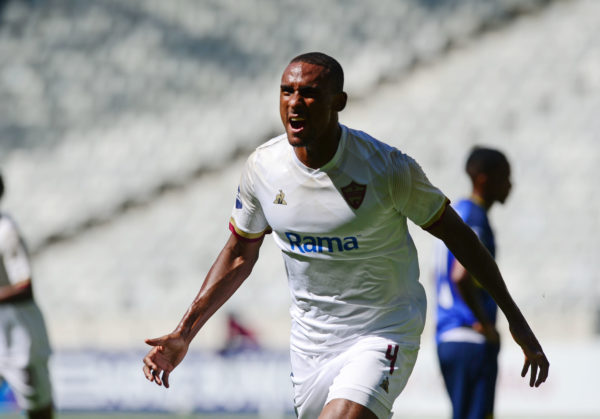 The win saw Stellies move up to 12th place in the log standings while the Citizens remained seventh after the loss.

The game started at lively pace with both teams pushing forward looking for an early goal, but it Stellies looked the more likely to score.

It did not come as surprise then when Mogamad De Goede smashed the ball home to give Stellenbosch the lead in the 14th minute.

Ashley Du Preez almost doubled Stellies’ lead in the 22nd minute when he beat his marker and unleashed a powerful shot towards goals, but his shot was saved by Sage Stephens.

Stellies were to rue that missed chance a minute later when Aubrey Ngoma equalized for the Citizens with a volley following a nice build-up from the home side.

Nathan Sankala almost regained the Stellenbosch lead in the 39th minute, but his shot hit the crossbar with Peter Leeuwenburgh well beaten.

The game remained 1-1 at the half-time break.

The second half started much like the first half, with both teams punishing men forward in search of the goal.

As it was the case in the first half, it was Stellies who got the goal, with Ashley Du Preez giving Steve Barker’s team the lead with a powerful finish in the 48th minute.

Stellies managed to hang on to their slender lead until the final whistle.