At some point in this campaign, the Buccaneers lacked consistency especially in the league, which saw them drop a lot of points. 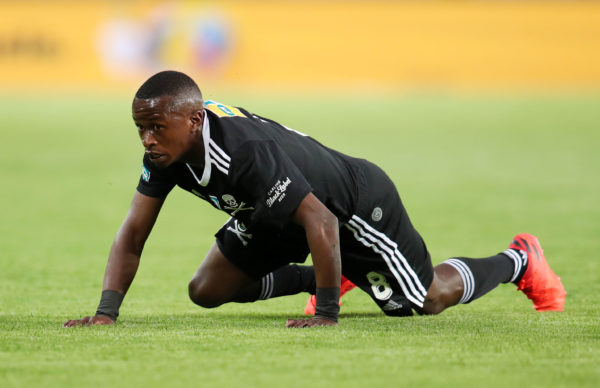 Siphesihle Ndlovu admitted that Orlando Pirates have had a roller-coaster season, but he is glad that things are starting to fall into place at the moment with some positive results as the club begin the group stages of the Caf Confederation Cup this week.

ALSO READ: Pirates move up to second after convincing victory over Chippa

At some point in this campaign, the Buccaneers lacked consistency especially in the league, which saw them drop a lot of points.

But recently, Pirates are starting to get things right as they registered their third league victory in four games, while the other game was played to a draw.

Last Saturday, Bucs thrashed Chippa United 3-0 at the Nelson Mandela Bay Stadium, with Ndlovu putting in a very good shift which saw him walk away with the man-of-the-match accolade. The midfielder says besides instructions from the technical team, as players they are determined to work together inside the field.

“It’s been a very difficult season for us, we had some ups and downs. So I’m very happy that now we are being consistent as a team. And as a team, we are making sure that we get each and every point that we can get,” the Bucs midfielder told the club’s media.

“It’s a matter of effort that we putting as players and the communication that is happening inside the field. Obviously the coaches are there, but inside the field we are helping each other and pushing each other. That’s what has been working for us, I’m very happy that we are managing to get maximum points every time we are playing now and no loss .”

The 24-year old Ndlovu has made 13 appearances for the Soweto based outfit across all competitions this season and has scored two goals for the club.

Ndlovu will have to keep on performing the way he did in order to keep his position in the Bucs starting line-up, where there has been a lot of rotation and competition for places is very high especially with some of the players coming back from injuries like Nkanyiso Zungu.

Bucs will be eager to take their form which comes with eight games unbeaten run to their continental tie against Algerian outfit ES Setif away from home Wednesday in their opening Group A match.