Sundowns are sitting comfortably at the summit of Group B and require a win against TP Mazembe this evening to confirm their place in the last-eight. 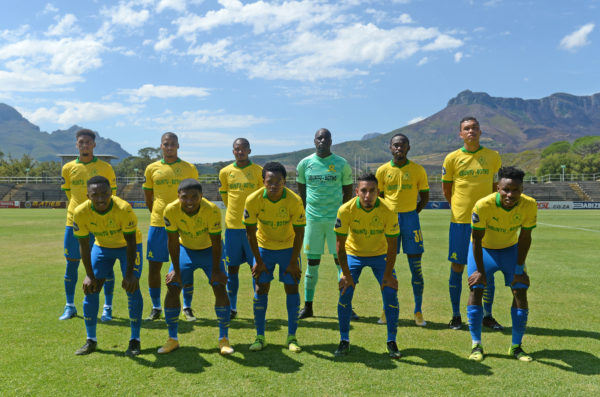 There is an exciting possibility that Mamelodi Sundowns could end up playing Pitso Mosimane’s Al-Ahly in the Caf Champions League quarterfinals, given the Egyptian giants’ poor form and Downs’ success thus far in the group stages.

Sundowns are sitting comfortably at the summit of Group B and require a win against TP Mazembe this evening to confirm their place in the last-eight, while Mosimane’s Ahly – who have collected just four of a possible nine in Group A – are in action against AS Vita.

If Sundowns do win Group B and Ahly finish second in Group A, there is a chance they will be drawn in the last-eight, leaving the stage set for an epic showdown between “Jingles” and his former charges.
Masandawana co-head coach Manqoba Mngqithi says there will be no room for emotions if ever his side meet up with his predecessor.

“Facing Pitso or any other coach will never be an emotional game. I always look at the opponents, to make sure that we have the final detail of every opponent we play. We are working with monsters here, that do a lot of work behind the scenes,” said Mngqithi.

“The important thing is to get to the quarterfinals. This thing of avoiding big boys and all that, has its own elements. If we top the group and happen to play against Al-Ahly, would we have avoided a big boy there?

Once you get into the last eight you are most likely to be facing teams that have won the Champions League before. If you avoid Ahly, you might find Esperance, Wydad Casablanca or Zamalek,” he added.

Downs, together with Moroccan rivals Wydad Casablanca, are the only side with a 100% record this season and Mngqithi cannot wait to put a stamp on their qualification.

“We need to make sure that we close the chapter as quickly as possible and the most interesting thing is that they (TP Mazembe) will come at us and an open game suits a team like ours. We know what to expect from them and we don’t take this game for granted because their backs are against the wall.

“They know that they need to get a result, because if anything happens between Al-Hilal and Belouizdad, they know that their chances are becoming limited and the games are getting fewer.”