Kaizer Chiefs will still be without Itumeleng Khune and three of their main strikers when they face Orlando Pirates at FNB Stadium on Sunday. 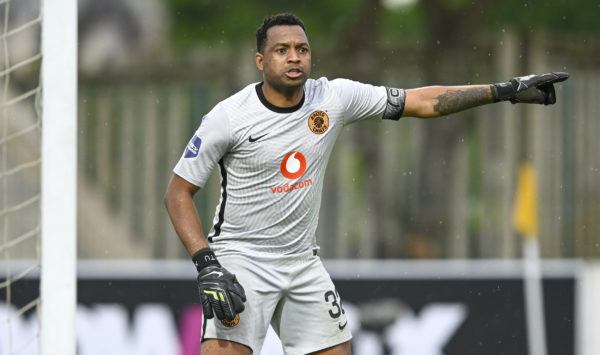 Khune has been on compassionate leave following the death of his sister, and is still following Covid-19 quarantine protocols, having attended the funeral of Mapula Khune, who was murdered in a house fire earlier this month.

Manyama, meanwhile, is suspended for the game against Pirates, having picked up a fourth yellow card of the season, in Amakhosi’s 1-1 draw with Maritzburg United on March 10.

Castro, meanwhile, is still out injured and will not have recovered in time to meet the Buccaneers. The Colombian last played for Chiefs when they lost 4-0 to Wydad Casablanca on February 28. Castro is joined on the sidelines by fellow striker Khama Billiat, who is also recovering from a long-term injury.

Amakhosi striker Samir Nurkovic looks almost certain to return to the starting line-up, in the absence of Manyama as well, having started from the bench in both of Chiefs’ last two games, against Maritzburg and in the goalless Champions League draw with Petro.

Nurkovic will hope for a better derby day out on Sunday, after missing a penalty when these two sides met in the first round of the league on January 31.

Pirates have beaten Amakhosi in all three of the sides’ previous meetings this season, hammering them 5-0 over two legs of the MTN8 semifinal, and winning 2-1 in that Premiership game earlier this year.