Sundowns out to avenge Bafana’s mess against Sudanese side

"We have to make sure that we do the best that we can to try to respond to the call from the nation to try to increase the happiness index,' said Sundowns co-head coach Rulani Mokwena. 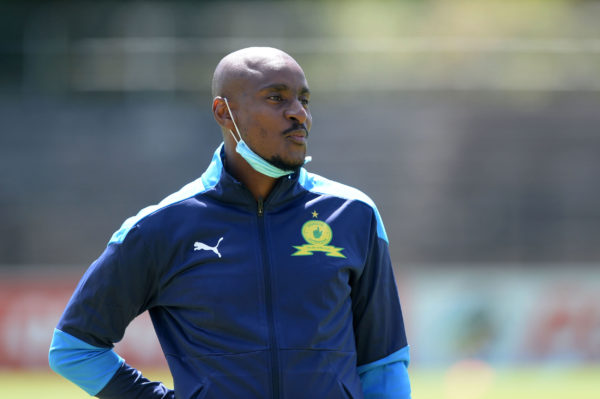 After yet another Bafana Bafana disaster, with Molefi Ntaseki’s side still the talk of the town after failing to qualify to the 2022 Africa Cup of Nation, Mamelodi Sundowns have taken it upon themselves to console the nation when they play Al-Hilal Omdurman in a Caf Champions League tie on Friday.

Molefi Ntseki’s Bafana side needed a point to qualify for the continental showpiece but, as you would already know, they succumbed to the Sudanese national team 2-0 on Sunday, leaving it o Masandawana to pick up the pieces as they take on Al-Hilal in their penultimate group stage match.

The side comprises an overwhelming amount of players from the Sudan national team.

“The game against Al-Hilal is very important for us … more important to us as a country more than being Sundowns, particularly with what has happened in the last couple of days,” said Sundowns co-head coach Rhulani Mokwena.

“We are bruised, we are slightly deflated from a football perspective and of course, we are a football nation, you expect the happiness index to be greatly affected by our national team not being able to qualify and the pain was inflicted by the Sudanese national team.

“In this moment we have to make sure that we do the best that we can to try to respond to the call from the nation to try to increase the happiness index and to make sure that we salvage a little more pride, and show that we are a strong South African nation football-wise and it is an opportunity for us to demonstrate that as Sundowns we are among the best teams on the continent and that is very important,” Mokwena added.

Bafana Ba Style, as Sundowns are affectionately called in the streets of Mamelodi – received a report from the South African Football Association about the condition of the Al Hilal Omdurman stadium, resulting in the match being moved to another venue.

“The reality is that the stadium is not in the best of conditions. We are not engineers but the reports we get is that the lighting is not very good and we could see it against Bafana where one side of the pitch became a bit dimmer. When the pitch is like that we have to move so that we don’t have any complications,” said Mokwena.

Sundowns have already booked their place in the quarterfinals as group winners after winning their opening four matches and will be looking to stretch their unbeaten run to 26 games across all competitions.