Ex-Chiefs star Junior Khanye sees himself as next Kaizer Motaung

Khanye hopes his new club will grow as big as Chiefs where he cut his teeth as a teenager only to later fall by the wayside and lose his career. 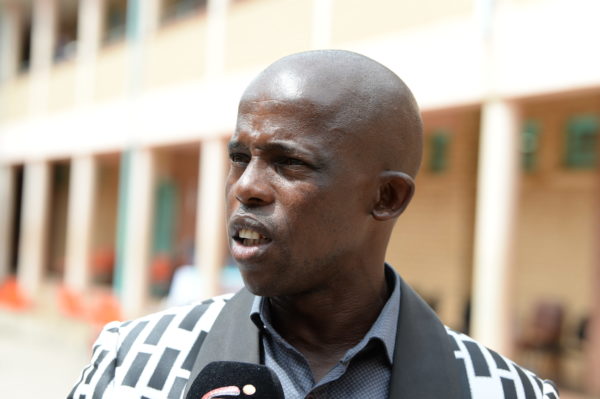 ALSO READ:  Chiefs’ disillusioned Katsande could return to the Cape

Khanye excitedly told Phakaaathi that his new club, Fak’imali Uzobona FC will be based in Daveyton in the East Rand.

He hopes the club will grow to be as big as Chiefs where he cut his teeth as a teenager only to later fall by the wayside and lose his career. He has however cleaned up his act and is now a devout Zion Christian Church (ZCC) member and wants to afford youngsters in his hood a chance to become professional players.

“I am a chairman now,” quipped Khanye excitedly. “I have formed my own club called Fak’imali Uzobona FC. For now we are sort of a development academy but we have big plans to become a fully fledged club,” said Khanye who has recently dabbed at acting.

Khanye also revealed that they currently have another former Amakhosi player, Michael Nkambule training with them as he looks to resurrect his career.

Nkambule was another promising Chiefs development player, who also got distracted and his off the field behaviour saw him chased away at a number of clubs.

“We are currently running as an academy but the big aim is to buy a status and become a professional club. I can’t say much on that for now as we are still negotiating some deals. I can’t say which division we want but we are aiming very high.

“It is a community club formed for the people of Daveyton. This township is too blessed with talent to not have a club. We are like Brazil when it comes to football talent. We’ve long produced good players like myself, Jabu Mahlangu, Skapie (Malatsi) and Pollen Ndlanya among others,” he explained.

Khanye says it is unfair that players from Daveyton have to relocate to other places like Soweto and Durban to get a chance at having professional careers in football. This is one of the reasons behind idea of forming a club, he says.

“We can’t not have a club here. That’s not right. Our players have to go to Soweto and other places to get a chance of playing professionally, and that’s not fair. Other clubs will have to come and buy them from us in future if they want players from this township.

“We are forging ahead with this and nothing and no one can stop us now. People like Irvin Khoza and Bra Kaizer are our role models and they also started with little and look how big their clubs are today.”