"I would like to thank both the SABC and Multichoice for reaching a solution that will benefit millions of soccer-loving South Africans," said Minister of Communications and Digital Technologies, Ms Stella Ndabeni-Abrahams. 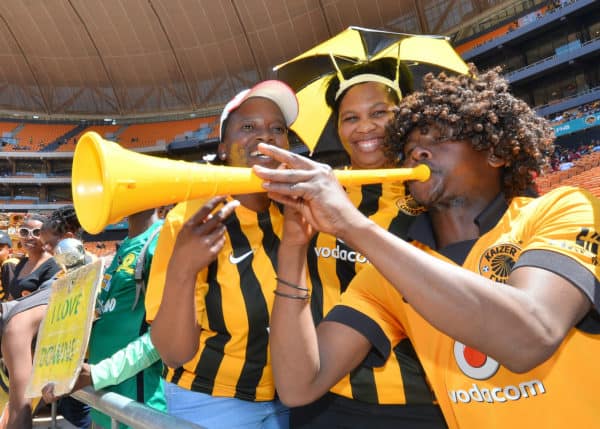 Many Kaizer Chiefs supporters will be delighted they can watch the Caf Champions League final on SABC. Picture: Backpagepix.

The South African Broadcasting Corporation will show the Caf Champions League final between Kaizer Chiefs and Al Ahly live on television, after a deal was struck between them and rights holders SuperSport late on Friday.

This was confirmed by the Minister of Communications and Digital Technologies, Ms Stella Ndabeni-Abrahams, after the government intervened to broker a deal between the two parties.

“I would like to thank both the SABC and Multichoice for reaching a solution that will benefit millions of soccer-loving South Africans,” said Abrahams in a statement.

“Sport plays an instrumental role in national building and social cohesion. It is for this reason that I welcome the agreement between the two organisations. The people of our country will now be able to watch this crucial game on a free-to-air platform. This is particularly important as our country is going through a difficult time.”

Earlier on Friday, the SABC issued a scathing statement condemning both the Confederation of African Football and SuperSport, who they implied had bought the free-to-air rights in a deliberate attempt to stop them from broadcasting the match.

“It simply cannot be in the public interest for CAF and SuperSport to contractually exclude millions of non-pay-tv subscribers from watching this game. Furthermore, it is disreputable for a pay-tv broadcaster to acquire free-to-air rights with the intention of blocking free-to-air broadcasters from using those rights,” read a part of the statement.

But the game will now be broadcast live on the SABC, both on television and radio.