Sundowns are known to never be shy to open their cheque book to capture whoever they want. 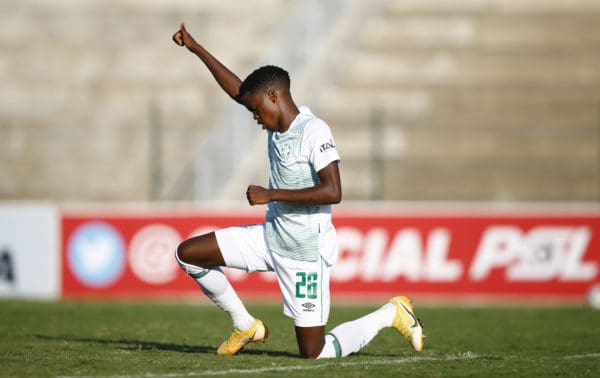 Benni McCarthy took a swipe at Kaizer Chiefs are signing everyone under the sun but the rate Mamelodi Sundowns are going, the same could be said about the Chloorkop-based side.

Sundowns are known to never be shy to open their cheque book to capture whoever they want – after all, they are owned by billionaire and Caf president Patrice Motsepe.

The latest acquisition is Sifiso Ngobeni, whose signing backs-up co-head coach Rulani Mokwena’s sentiments of looking to decrease the age in Masandawana’s squad as the 24-year-old becomes the fifth capture in this transfer window, joining the likes of Pavol Safranko, Neo Maema, Grant Kekana and Devine Lunga.

Ngobeni joined Downs at the back of a successful Cosafa Cup tournament with Bafana Bafana as he helped the nation win its first title since 2016. The left-back featured in every minute of the tournament, forging an understanding with new teammate Rushine De Reuck, who also starred in their six-game clean-sheets.

Known as “Ngobs”, he put pen to paper for a five year-deal and his inclusion to the team is a clear indication that veteran left-back, Tebogo Langerman, is no longer in the plans of the coaches and his departure is imminent. However, he may opt to see out the remainder of his contract as it is understood to be valid for the next two years at least.

Ngobeni made his senior debut in the 2019/20 season, playing for Bloemfontein Celtic where he made 24 appearances across all competitions for Phunya Sele Sele, while in the subsequent season he played 26 games.