Teboho Mokoena prefers Chiefs over Sundowns if he stays local

'Yeah, it is something he has spoken about and said he would choose to go to Chiefs,' a source told the Mgosi squad. 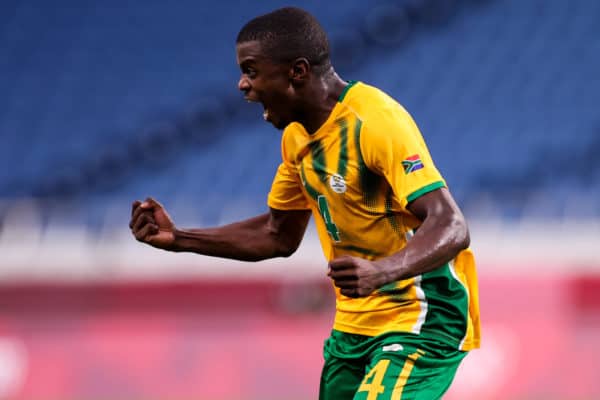 National Under-23 team midfielder Teboho Mokoena would rather join Kaizer Chiefs and not Mamelodi Sundowns if he is to leave SuperSport United for a local team.

Mokoena is one of the players who are expected to be sold by Matsatsantsa a Pitori before the start of the new season. SuperSport have been reported to have held out on discussions with potential local buyers with the hope that he will attract overseas interest after the Olympics.

Phakaaathi has, however, learnt that should an overseas offer not come, Mokoena will prefer to join Chiefs instead of Sundowns locally.

“Yeah, it is something he has spoken about and said he would choose to go to Chiefs. It is for various reasons. One of them is that Chiefs are rebuilding and it is easier to get into the team in such a situation and become part of a long term plan,” said a source.

“There are also a lot of his national junior teams peers of his in that Chiefs team like (Njabulo) Blom, (Nkosingiphile) Ngcobo and others. This will make it easier for him to adapt there,” said the source.

Mokoena’s agent Glyn Binkin told Phakaaathi at the start of July that his player and SuperSport would prefer it if he move overseas.

“His primary ambition is to go overseas,” said Binkin.

South Africa have lost their opening two games of Tokyo 2020, to Japan and France, but Mokoena did produce a brilliant goal against France to put his team 3-2 up – they went on to lose 4-3.