Red Devils coach Pitso Mosimane left many people guessing as to which player he was referring to, when he said he would soon be signing a local player. 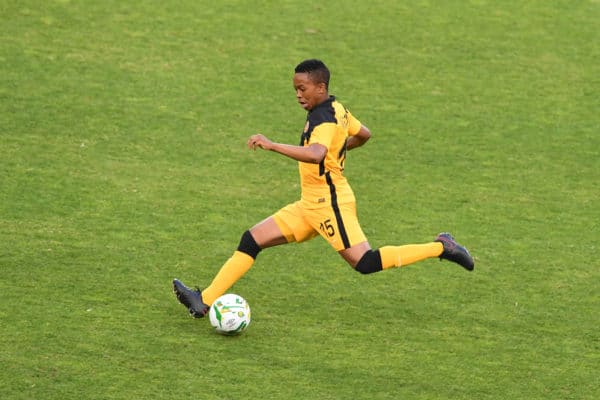 Al Ahly legend Ahmed Shobier has revealed the name of the South African player the Red Devils are keen on signing ahead of the new season.

Red Devils coach Pitso Mosimane left many people guessing as to which player he was referring to, when he said he would soon be signing a local player.

The former Bafana Bafana coach revealed this during an interview with SAfm last Friday.

“There’s a player that will come from South Africa. It’s not Lorch or Sirino but the player will come. He’s not from my former team because I don’t want to touch those players because they take me to court,” said Mosimane

Shobier has now confirmed that Al Ahly are in negotiations with Kaizer Chiefs over their midfielder Nkosingiphile Ngcobo, stressing that he is not the only player that the Reds are currently in talks with.

“The South African player that Mosimane spoke about is Kaizer Chiefs’ winger Ngcobo and he is not the only player that Al Ahly are speaking with,” said Shobier as quoted by KIngfut.

Ngcobo, a product of Kaizer Chiefs’ youth academy, can play across the attacking line, having started against Al Ahly in the CAF Champions League final.

The 21-year-old has scored four goals in 44 appearances for Amakhosi.

Meanwhile, national Under-23 team midfielder Teboho Mokoena would rather join Chiefs and not Mamelodi Sundowns if he is to leave SuperSport United for a local team.

Mokoena is one of the players who are expected to be sold by Matsatsantsa a Pitori before the start of the new season. SuperSport have been reported to have held out on discussions with potential local buyers with the hope that he will attract overseas interest after the Olympics.

Phakaaathi has, however, learnt that should an overseas offer not come, Mokoena will prefer to join Chiefs instead of Sundowns locally.