Both strikers have been battling with injuries since last season, which saw the German born go through the rest of the season without his key goal-poachers being available. 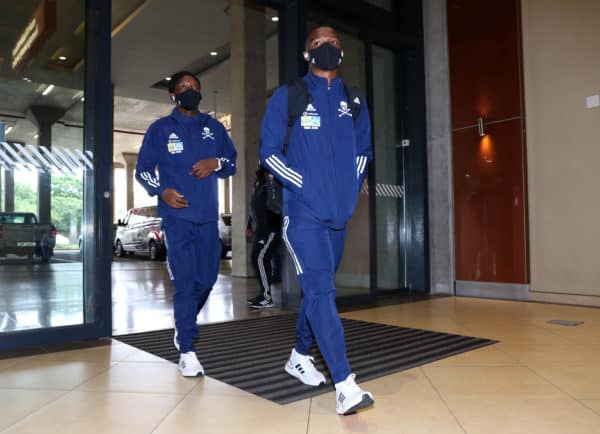 Orlando Pirates coach Josef Zinnbauer is hoping to have Zakhele Lepasa and Tshegofatso Mabasa back in time for the start of the season. (Samuel Shivambu/BackpagePix)

Orlando Pirates coach Josef Zinnbauer is crossing his fingers for the return of Tshegofatso Mabasa and Zakhele Lepasa before the start of the season.

Both strikers have been battling with injuries since last season, which saw the German born go through the rest of the season without his key goal-poachers being available.

Lepasa was one of the Pirates players who had a lot of votes in the pre-season tournament, the Carling Black Label Cup, but he was unavailable as the striker is still working on his recovery.

However, Zinnbauer is glad to have Malawian international Gabadinho Mhango back, with the striker having also been out for some time last season.

“We have Mhango now so we have to focus on getting him to perform. I hope over the next few days Mabasa returns. But we cannot guarantee that he’ll be ready for the game as he was out with a long-term injury.”

“It was not his first major injury as with his previous injury, he was also out for a long time. He needs a bit more time to return.”

Zinnbauer also commented on Pirates youth team graduate Boitumelo Radiopane, who made his senior team debut in the 4-3 penalties loss to Amakhosi in the Carling Cup.

“Yes, every coach wants a striker, a top striker. If you have a top striker, you can score. Now you also see  Radiopane, who comes in and makes no bad game as an 18-year-old player.”

Pirates are set to kick-start their 2021/22 season with a clash against Swallows FC in the MTN8 at home on 14 August.

Zinnbauer will certainly be hoping for a good start in the tournament he won last season, registering his first title with Pirates since his arrival at the club back in December 2019.