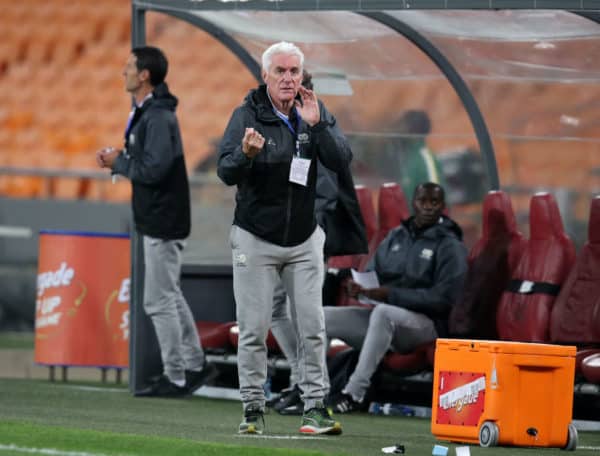 Bafana Bafana head coach Hugo Broos believes that there should be a Video Assistant Referee at all World Cup qualifiers, after Percy Tau’s ‘goal’ against Ghana on Monday was incorrectly ruled out for offside.

Tau headed home five minutes before half time in the Group G 2022 World Cup qualifier at FNB Stadium, and while the assistant referee raised his flag for offside, replays clearly showed that Tau was onside. As it was, Bongokuhle Hlongwane’s late goal gave Bafana a vital 1-0 win, but Broos was all too aware that an error in officiating could have cost his side.

“I think in such important games there has to be VAR. One goal can decide, or not decide a game. Imagine if it is 0-0 and we don’t win,” said Broos after the game, which proved to be South Africa’s first competitive victory over Ghana in over 20 years.

Hlongwane, 21, got the all important strike in the end, firing in off a post from close range, vindicating Broos’ decision to start him against the Black Stars, as well as the 20 year-old Ethan Brooks, who was superb in midfield. Those were the only two changes from the starting XI in the goalless draw against Zimbabwe, and both paid off, while also giving credence to Broos’ insistence that he wants to build a young Bafana side.

“One day you have to give them a chance, you can’t hear coaches saying they are not experienced,” said Broos.

“How is a young boy going to get experience if he doesn’t play. I said from my first day in South Africa that I will give players a chance and they must be good enough to take that chance. One example today was that of Ethan Brooks – he had a very good game. In the next months all our young players will get a chance … if that succeeds you an build a team for years (ahead), that is something I would like to do in South Africa.”