Former Orlando Pirates striker Chiukepo Msowoya scored the only goal of the match. 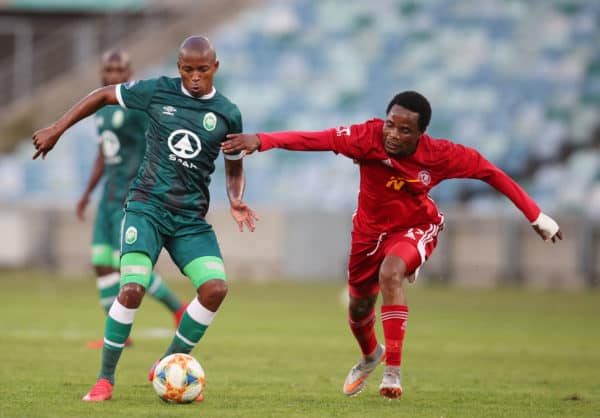 AmaZulu paid the price for failing to take their chances against Malawi’s Nyasa Big Bullets in the first leg of the preliminary round of the Caf Champions League at Moses Mabhida Stadium on Friday night.

Former Orlando Pirates striker Chiukepo Msowoya scored the only goal of the match in the first half when he pounced on a loose ball following a mistake by goalkeeper Veli Mothwa.

It looked like Mothwa had full control of the ball and it was snatched from him, but the referee allowed the goal to stand.

Bullets were reduced to 10 men just before half-time when Yamikani Fodya was given his marching orders for a rough challenge, but the Malawian outfit managed to hang on to their slender lead until the half-time break.

AmaZulu came out with guns blazing in the second half as they took the game to the visitors looking for the equaliser.

Coach Benni McCarthy introduced several attacking players to try and break down Bullets, who had resorted to defending deep in their own half.

The likes of Siphelele Mthembu, Hendrick Ekstein, Siyethemba Sithebe, Keagan Buchanan were all introduced in the second half.

The gamble almost paid off as Mthembu and Buchanan came close to scoring the equaliser for Usuthu, with Buchanan twice hitting the woodwork with the goalkeeper well-beaten.

But in the end it was the visitors who emerged victorious, winning the game 1-0. AmaZulu now will have to go to Malawi and try to reverse the results into their favour in order to progress to the next round of the Caf Champions League.

The second leg is set to take place at Bingu National Stadium in Malawi next week Saturday.

Arrows to play the ‘Arrows way’ in KZN derby, insists Seema
3 days ago
3 days ago

Arrows to play the ‘Arrows way’ in KZN derby, insists Seema
3 days ago
3 days ago