Rakhale – We are capable of beating Chiefs

Orlando Pirates winger Thabo Rakhale is looking at this weekend's clash with Kaizer Chiefs to make amends for their poor showing in the 1-0 loss to Jomo Cosmos. 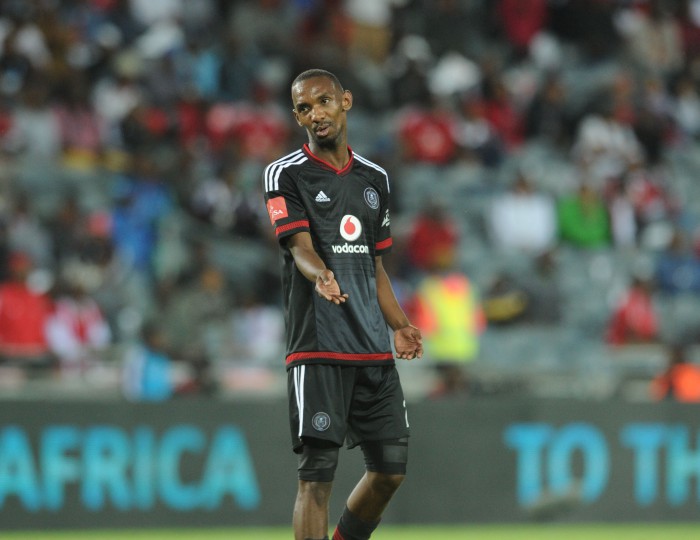 “It is all in the past now, we have to look ahead to our next fixture, which is the game against Kaizer Chiefs,” said Rakhale.

“Sure, we had a disappointing match. But if you look at it again, you will notice we could have won. There were times when we were all over them (Cosmos), but I guess luck was not our side and we couldn’t score. But sometimes that is how things unfold in football.

“We need to make sure we win this match, especially after the Cosmos game. Winning against Chiefs will bring back some confidence in all of us.”

Rakhale, seems adamant the club can overcome their rivals at the FNB Stadium on Saturday.

“We are capable of beating Chiefs. Looking at our team, we understand each other very well. And on a good day, we can score a lot of goals. I just hope luck will be on our side in this encounter.

“Obviously the game won’t be easy for either side; it will be tough as always. I mean, this is the Soweto derby, two top teams in the country with a rich history coming up against each other. It is expected to be difficult.”

With Chiefs also making their way into this clash having lost 2-1 to Platinum Stars on Sunday, the Sebokeng-born player thinks it will make things a little bit more interesting.

“We are looking for redemption – it is very important. Three points will be the order of the day.”

The last time the sides met in a league encounter at the same venue, the Buccaneers beat Amakhosi 3-1, but went on to lose to Chiefs 6-5 on penalties in their next meeting – the semifinals of the Telkom Knockout Cup.

“We are working very hard in training to ensure we will be on top of our game over the weekend. Everyone is geared up for the clash – we all want to play. If we start the game as we did in the first round, it will be our game.”

“We played really well in that match, we went all out. Everybody was fighting for one another,” he added.

The dazzling winger has already scored five goals in all competitions for Bucs and is the club’s joint top scorer along with Kermit Erasmus and Mpho Makola. He says getting on to the scoresheet against Chiefs will mean a lot to him as he strives to improve his game.

“I am glad to be scoring goals, it shows my level of play is improving. I love scoring and it makes me happy to be one of the top scorers at the club. I just want to see myself continuing doing it, for myself and most importantly for the club.”

The team are still looking to fight their way up the league table, as they currently sit 11th in place after 15 games. And Rakhale is confident they will finish in a respectable position – they haven’t even ruled themselves out of the title race.

“We can’t look down on ourselves and say it is over. We still have a long way to go,” he said.