Did Chippa release Nhlapo to ‘free up cash’ for Mkhwanazi?

Phakaaathi has previously reported that new Chippa coach Gavin Hunt has put Mkhwanazi top of his list of players he wants to build the team with. 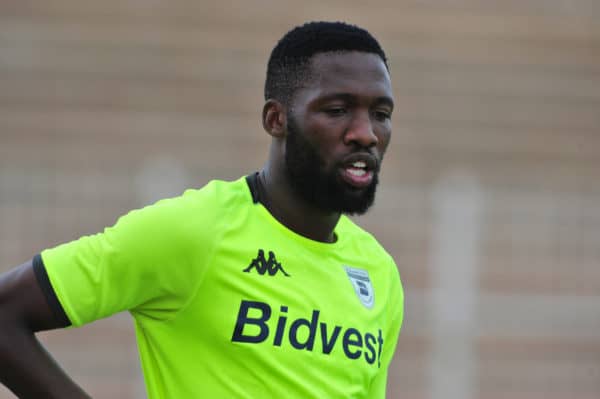 Chippa United are said to be closing in on Buhle Mkhwanazi after partying ways with Isaac Nhlapo. (Photo by Philip Maeta/Gallo Images)

Chippa United have parted ways with last season’s captain Isaac Nhlapo in what those close to the club believe was a move to free up some cash so they can sign Buhle Mkhwanazi.

Phakaaathi has previously reported that new Chippa coach Gavin Hunt has put Mkhwanazi top of his list of players he wants to build the team with.

We also reported in our supplement earlier this week that Mkhwanazi’s salary demands were what was stalling the deal. But the club has since released Nhlapo and could seal the deal with Mkhwanazi very soon.

“They will never say it in public but Nhlapo and a few other guys were the top earners and they have to be sacrificed if the club is to afford Mkhwanazi. Nhlapo has already been released while Augustine Kwem has also not been retained. I believe they will release one or two more this week before they announce Mkhwanazi,” said a source.

Phakaaathi has also learnt that Nhlapo is now trying his luck at Sekhukhune United, where he has been invited to train so the technical team can have a closer look at him.

Meanwhile, Sekhukhune have added plenty of experience to their squad ahead of a first season in the DStv Premiership, announcing on Thursday the signings of Zimbabwean striker Charlton Mashumba and the well-travelled Ghanaian defensive midfielder Edwin Gyimah.

Mashumba, 29 who has played in the top flight with, Jomo Cosmos, Polokwane City and Highlands Park, has his most prolific season in the National First Division, when he bagged 17 league goals as Ezenkosi were promoted in the 2014/15 campaign.

The Zimbabwean did score six top flight goals for Cosmos the following season a feat he matched in the 2019/20 campaign with Polokwane City.Gyimah, now 30, has played for SuperSport United, Cape Town City, Orlando Pirates, Bidvest Wits and Black Leopards, so has plenty of knowledge of the lay of the land in the Premiership.