'He needs to soldier on and keep his head up, because it's not the end of the road,' a source told the Mgosi Squad. 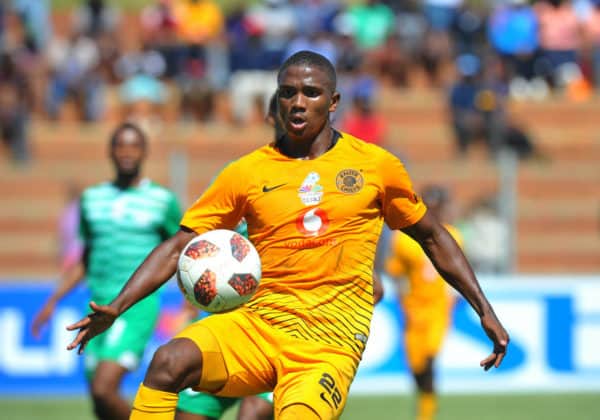 After being released by Kaizer Chiefs, Itumeleng Shopane is said to be seeking a new home.

GladAfrica Championship sides Richards Bay and Tuks are showing interest, a source close to the player has revealed.

Shopane, who spent his youth days with the Amakhosi development side, was unfortunate to find himself as one of the players deemed surplus to requirements by the club.

The striker was sent out on loan again last season to Swallows FC, but he did not get much game time at the Birds. It is said that the player was determined to get back to Chiefs and be part of the squad this season, only to be left disappointed upon hearing of his departure.

“At least there are teams that want him, rather than him having to go out there and beg for employment. But truth is, his departure from the club didn’t sit well with him because that’s where he grew up. He started at Chiefs as a very young boy. Seeing his peers like Nkosingiphile Ngcobo and Happy Mashiane being full time members of the Chiefs first team breaks his heart,” said the source.

“But he needs to soldier on and keep his head up, because it’s not the end of the road. I’ve heard someone from Tuks has already spoken to him, but it wasn’t a formal meeting. Richards Bay FC from KwaZulu-Natal also made contact,” said the source.

Shopane never played for Chiefs but did play a role in helping Swallows gain promotion to the DStv Premiership in the 2019/20 season.