Will apologetic Pirates’ Mosele be forgiven by Broos?

'He is a young man at the peak of his career, he has to do things according to culture and tradition. He has apologized, I hope he will be forgiven,' said the source to Phakaaathi 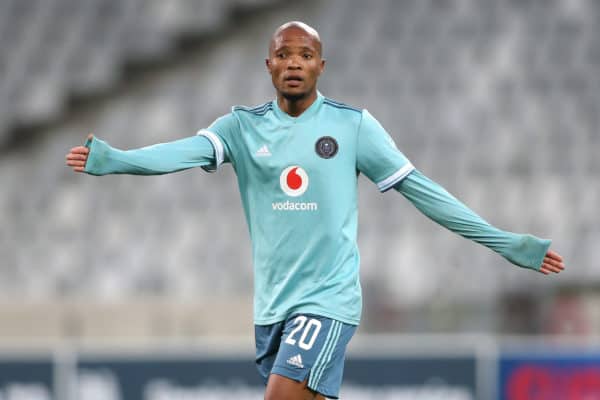 A no show for Bafana Bafana's back-to-back World Cup qualifiers against Ethiopia this week, Goodman Mosele is said to be remorseful for his actions. Picture: Shaun Roy/BackpagePix

Goodman Mosele is said to have sent an apology to the South African Football Association following his failure to report for camp ahead of Bafana Bafana’s back to back World Cup qualifiers matches against Ethiopia.

Mosele was called up to the squad by coach Hugo Broos, but ended up not reporting for camp for some apparent personal issues he had to attend to.

A source close to the midfielder has revealed that Mosele is worried about his future with Bafana, and has sent out an apology to the association and the coach. “I know a lot of people are disappointed with what he did, but to be honest, he couldn’t control what happened.

“He is a young man who is reaching the peak of his career, so he has to do things according to culture and tradition. I don’t want to talk a lot my brother, you know these things. But, he has apologized, I hope he will be forgiven.

“It’s not that he is not patriotic or anything else. He hopes that the coach forgives him for what happened, because he is still young and wants to be with Bafana Bafana.

“But I don’t know, let’s hear what coach Broos says, and maybe after that I will say something else. But right now, all I know is that Goodman is sorry,” said the source.