Manchester United play host to Juventus in the Champions League on Tuesday with Cristiano Ronaldo returning to his former club. 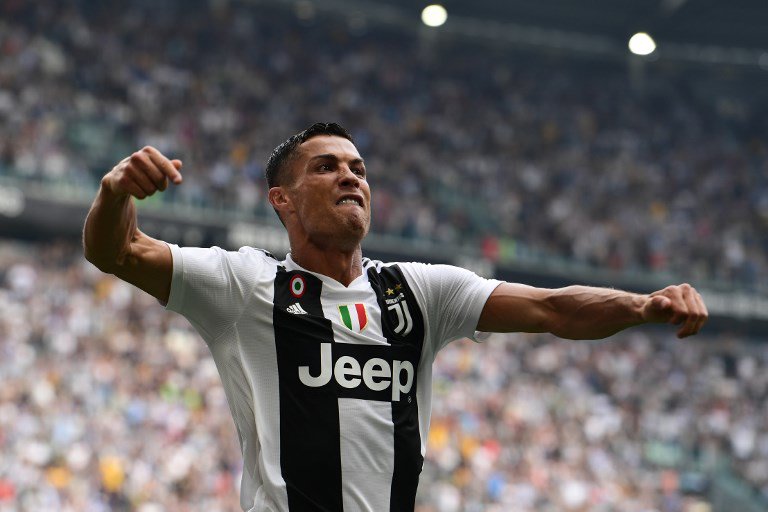 Juventus' Portuguese forward Cristiano Ronaldo celebrates after he scored his first goal since he joined Juventus during the Italian Serie A football match Juventus vs Sassuolo on September 16, 2018 at the Juventus stadium in Turin. / AFP PHOTO / Miguel MEDINA

The Portugal star spent six successful seasons with United between 2003 and 2009 and he will now return to Old Trafford for the first time as a Juventus player, following his summer move to Turin from Real Madrid.

Ronaldo will be hoping to inflict further misery on his former employers and their manager Jose Mourinho, as United are currently languishing in mid-table in the Premier League and have only won one of their last six matches in all competitions.

The Red Devils were unfortunate as they conceded a stoppage-time equaliser in Saturday’s 2-2 draw with Chelsea, while they are unbeaten in the Champions League so far this season, picking up four points from their two games.

Juve will head into the match having not tasted defeat in any competition since April, but their winning start to the campaign did come to an end in Saturday’s 1-1 draw with Genoa in Serie A.

Ronaldo did score Juve’s goal in that match to take his tally for the club to five in 10 appearances, and he is likely to lead the line on Tuesday after missing Juve’s last Champions League game through suspension.