Former referee Mark Clattenburg caused a bit of a stir in the media when he said that there had at one stage been refereeing bias in favour of Manchester United. 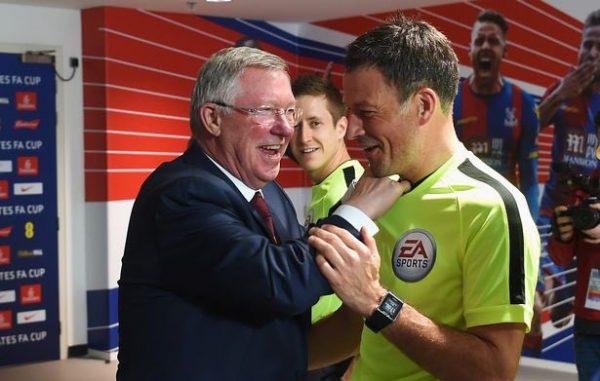 In what started as a response to Liverpool coach Jurgen Klopp questioning United’s recent penalty record in English football, Clattenburg ended up admitting that referees were bias towards the Red Devils.

Clattenburg said Klopp was wrong to have a go at United’s players as his own were also “diving” to win penalties.

“He sounds like a hypocrite if he is suggesting United’s players are looking to win penalties,” Clattenburg claimed in The Daily Mail.

“The likes of Mo Salah and (Sadio) Mane are just as capable of employing similar tactics.

“He is clearly getting edgy, though, because not since Fergie have we seen such a blatant attempt to influence a referee ahead of a big game. Klopp wasn’t doing this last season when Liverpool were winning every week.

“He does not like losing, he never has. He gets prickly.”

Liverpool, who are the defending league champions, host current league leaders United at Anfield in a highly-anticipated clash on Sunday.

Clattenburg then admitted that referees were biased towards Manchester United, particularly in Sir Ferguson’s era at Old Trafford.

“He is wrong to suggest there is an aura around United that sees them given favourable decisions. There used to be when Fergie was there, but that has eased massively since he left,” said Clattenburg.

I’ll just leave these photos of Clattenburg and Ferguson at Wembley before the 2016 FA Cup Final here for anyone who wants to join some dots… https://t.co/O14dkj3RTI pic.twitter.com/DejAhAnG5J