"It has been a huge privilege and an honour to manage Chelsea," said the departing coach. 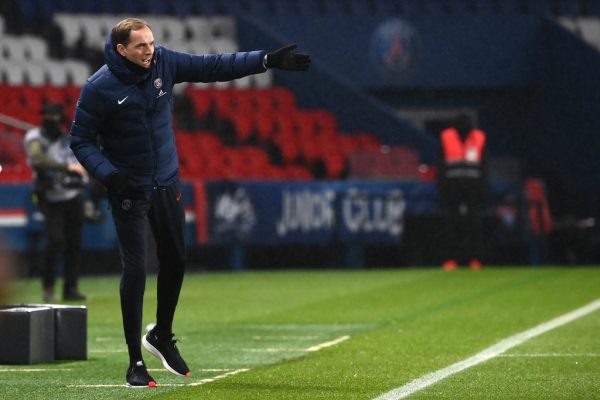 Frank Lampard expressed his disappointment at not being given time to succeed after being sacked by Chelsea on Monday, with former Paris Saint-Germain boss Thomas Tuchel set to take over at Stamford Bridge.

Lampard led Chelsea to a fourth-placed Premier League finish and the FA Cup final in his first season in charge.

However, he failed to match much greater expectations this season after the club spent a reported £220 million ($300 million) on new players in the summer transfer window.

A run of five defeats in their last eight Premier League matches has seen Chelsea slip to ninth, 11 points behind leaders Manchester United.

Sunday’s 3-1 FA Cup fourth-round win against Championship side Luton was not enough to save the former England midfielder.

“It has been a huge privilege and an honour to manage Chelsea, a club that has been a big part of my life for so long,” Lampard said in a statement posted on his Instagram account.

“I am disappointed not to have had the time this season to take the club forward and bring it to the next level.”

The club said it had been a “very difficult decision” to part ways with their all-time record goalscorer, who won three league titles and the Champions League during his 13-year career as a player at Stamford Bridge.

“Recent results and performances have not met the club’s expectations, leaving the club mid-table without any clear path to sustained improvement,” Chelsea said.

In a rare public statement, the club’s Russian owner Roman Abramovich said: “This was a very difficult decision for the club, not least because I have an excellent personal relationship with Frank and I have the utmost respect for him.

“He is a man of great integrity and has the highest of work ethics. However, under current circumstances we believe it is best to change managers.”

Chelsea are aiming to have Tuchel, who was abruptly fired by French champions PSG in December, on the bench in time for the visit of Wolves on Wednesday.

– No return on investment –

After serving a transfer ban in Lampard’s first summer window, Chelsea splashed out on Kai Havertz, Ben Chilwell, Hakim Ziyech, Timo Werner and Edouard Mendy, but that outlay has failed to translate into improved results.

Lampard’s Premier League points-per-game average of 1.67 is the lowest for any Chelsea manager since Abramovich arrived at Stamford Bridge in 2003.

His departure marks the 14th managerial change since Abramovich’s takeover, which transformed the London club into English and European heavyweights.

“Of course I feel sorry. But this is the brutality of modern football,” said Tottenham boss Jose Mourinho, who coached Lampard and was twice sacked by Abramovich despite winning three league titles at Chelsea.

A number of younger players handed their breakthrough in the Chelsea first team by Lampard, such as Mason Mount, Billy Gilmour, Tammy Abraham and Reece James, posted messages of thanks to their former manager on social media.

“As a Chelsea fan growing up I’ve always looked up to you, idolised you. I can’t explain what it’s been like to play under you, the whole journey has been surreal,” said James on Instagram. “I cannot thank you enough for putting your trust into me and giving me the opportunity to play for my boyhood club!”

Lampard’s first managerial posting was at second-tier Derby. In his one season in charge in 2018/19, they reached the Championship play-off final, where they lost to Aston Villa.

“I don’t worry for Frank. I’m sure he’ll go on to have a great managerial career as I feel he handled himself fantastically well in that job,” said Lampard’s former England teammate Gary Neville, who predicted Tuchel will also suffer from Abramovich’s hire and fire culture.

“Tuchel will be exposed to exactly the same rules as Frank. We’ll be talking about him being let go in the next 18 months to two years, I’m pretty sure of that.”

The German only became available a month ago when he left PSG, less than five months after taking them to the Champions League final, which they lost to Bayern Munich.

The 47-year-old won back-to-back league titles with PSG, but that was not enough to satisfy the club’s Qatari owners, who replaced him with former Tottenham manager Mauricio Pochettino.

Prior to PSG, Tuchel impressed at Borussia Dortmund, having started his managerial career with Augsburg and then Mainz.