While local football fans are salivating at the prospect of scintillating action as the Absa Premiership edges towards its climax, Kaizer Chiefs are probably wishing it was over already. 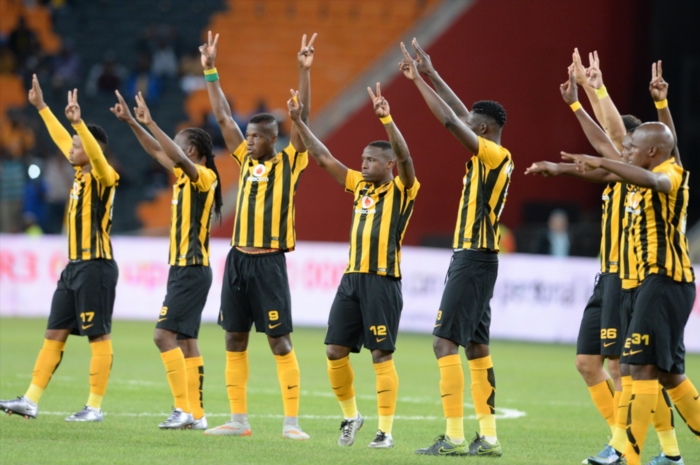 Of the big three teams in the Premiership, Amakhosi are the only ones who are facing a trophyless season.

With their chances of making a late charge for league honours crushed for good when Chiefs drew 0-0 with Ajax Cape Town a fortnight ago, the best the Soweto giants can do now is try and fight for as high a finish as possible.

Chiefs’ season has been a topsy-turvy one, with the Naturena team starting on such a promising footing when they reached the final of the MTN8. But maybe that is where it all went wrong, according to former Chiefs midfielder Abel Shongwe.

Shongwe believes the team peaked too early when they had not fully grasped Steve Komphela’s methods, which is why they cracked as the season went on.

“Maybe if they had won it, it would have been better because the pressure would have eased and the team would have had a trophy to point to whenever they came under attack by their critics,” said Shongwe.

Former Chiefs striker Mark Williams also agreed that Amakhosi’s run in the MTN8 may ultimately have been bad for them in that it made them look good.

“After that run they thought they had a team to go all the way through the season. But after injuries to a few key players, things turned for the worst,” said Williams.

One of the things Amakhosi have been accused of is having an ageing squad, with many of their players now prone to long-term injuries.

Shongwe said this season was good for Komphela, because he saw what he has as he had to push all his players to their limit under difficult conditions.

“Now he knows what kind of players and which positions he needs to beef up for next season. I think he needs players who will understand the culture of the team, players who will take pride in wearing the team’s colours. If he can get two or three strikers, two midfielders and two defenders, he will be all right.

“His strikers this season have been a huge letdown. If you look at the goals they have scored, they came from midfielders. He needs at least one striker who will be able to score consistently.
“He also needs a defender to replace Tefu Mashamaite – one who will be able to take a leadership role at the back and give confidence to the whole team.

“In midfield they need a player that can come in and do the job if (Reneilwe) Letsolonyane is unavailable, and one to take over from (Siphiwe) Tshabalala,” said Shongwe.

Williams said he would not say Amakhosi have had a terrible season, but rather had terrible planning in terms of the kind of players they had.

“Some of the players the team relies on and who are considered key, are no longer at that level. The team’s management will need to give him (Komphela) a blank chequebook so he can buy the players he needs.

“At the beginning of this season, when other teams beefed up their squads, Chiefs did very little and that has cost them.

“But I would not go so far as to say that things have gone wrong. You must remember that Stuart Baxter who was there before Steve had been there for three years and the players were used to his ways, and Komphela needs time as well to build his own team,” said the former Bafana Bafana striker.

Both men agreed that whatever may have gone wrong for Amakhosi this season would serve to be a blessing in disguise as it would have helped Komphela to see where he needs to repair and where to replace.