President Jacob Zuma's firepool has not been serving its purpose, we say this because the president has been under fire lately for his security upgrades at his homestead that cost taxpayers' millions of rands. 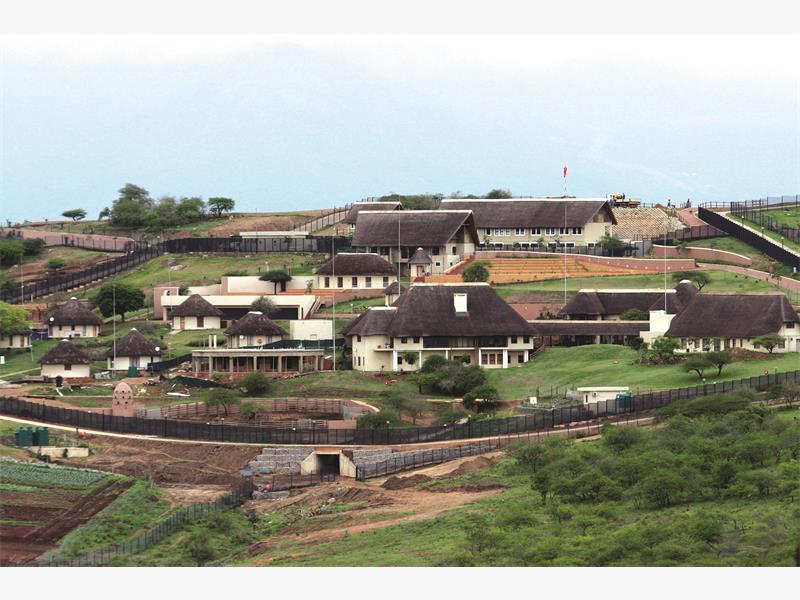 Police Minister Nathi Nhleko was given the difficult task of determining how much money Zuma would have to pay back. After reading a long report, the minister then told South Africans the president did not have to pay back a cent.

To put the Nkandla issue to rest, a Members of Parliament’s Nkandla Ad hoc committee, consisting of opposition parties’ members, was appointed to go to the president’s homestead to review the findings of Nhleko’s report. We thought this would leave the MPs at peace, however, a whole new can of worms was opened.

The committee advised President Jacob Zuma not to host any head of state at his “poorly” constructed Nkandla homestead as doing so would portray the country in a bad light.

In this week’s edition of Jukebox Thursday, we accompany the Ad hoc committe’s review with the top five Nkandla parody songs:

The song was produced by Cul Zie ft Mr President. It came after Zuma’s response to the Nkandla issue, mocking MPs for learning to say ‘Nkaandla’ because they have been asking him to pay back the money.

The song was remade from the hit, Gangnam Style and posted on 27 March.

The song is a humorous take on the Nkandla debacle that has had the country in a row since the Public Protector released a report which said that President Jacob Zuma and family had unduly benefitted from security upgrades.
The song uses the same catchy Gangnam tune with phrases such as; ‘since the day I can remember I always wanted more, I wanted more money like the Afrikaner Boer, so I became a comrade when I was still young.’

This one, adapted from Shaggy’s It wasn’t me, ridicules Zuma’s responses when he is asked a question relating to his homestead. He denied having anything to do with the money spent and the security upgrades at his Nkandla.

This was was uploaded on YouTube by Zabe Mzamo, also parodying Zuma’s speech in parliament.

5.  Nkandla Song by the group Thenx

The song translates: his chickens got a house with electricity while people stay in shacks and take taxis to work, some sleeping on streets and under bridges. The tweet, tweet, tweet is a version of Money machine gun that is costing us. Then they jump to ask “who paid for 2010 world cup”, no money for license renewal and e-tag. ask Mmusi maybe he will give an answer. Just laugh even when its tough

Did we leave out any of your favourite Nkandla parodies? Let us know in the comments below.