Kaizer Chiefs are now four points clear at the top of the Absa Premiership after a hard fought 2-0 win over Golden Arrows at FNB Stadium on Tuesday night – making it three wins on the trot. 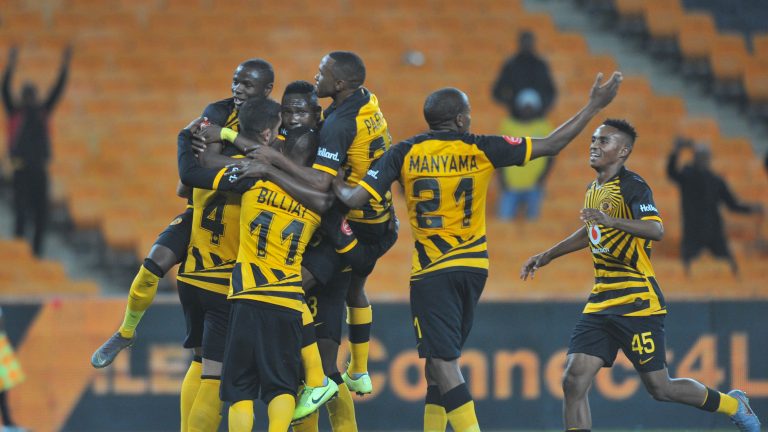 It was clear from the onset that the game would be a thriller and Khama Billiat sliced a shot wide on 12 minutes as he finished Amakhosi’s brilliant early build up. Arrows also had a few chances early on but found Chiefs uncompromising at the back.

Billiat’s persistence finally paid off at minute 25 when he won Amakhosi a penalty when Siyabonga Dube used his hand to block his shot. Cardoso converted from the penalty spot to give Amakhosi the lead.

Arrows had a chance of their own with a free lock in a good area just outside the box at 32 minutes but Knox Mutizwa went over with his effort. Sibusiso Sibeko forced a brave save off Daniel Akpeyi a minute later Abafana Bes’thende found spaces inside the Chiefs box.

Arrows came close to an equaliser with a free lock right before half time with Mutizwa doing better with effort but Kearyn Baccus was on hand to bail out Akpeyi who looked to be late in his response.

Arrows started the second half better and pressed high, keeping the home side in their own half. But just as they looked to be on course for the equaliser, Nkosinathi Sibisi was unlucky to turn the ball into his own net to double Amakhosi’s lead.

With 12 minutes to the end, Mutizwa had the best chance of the match when Akpeyi spilled Danny Phiri’s long range shot and the ball fell kindly for him but he ballooned his effort over.

In other matches played on Tuesday evening, Bidvest Wits edged Chippa United 1-0 to move second on the log, while AmaZulu beat Cape Town City 2-1 in Durban to move off the bottom of the Absa Premiership standings.