SA players must look beyond Chiefs, Pirates and Sundowns – Pitso

"To play in the EPL you need to be an extraordinary player in South Africa and it is not just about talent," said the Al Ahly head coach. 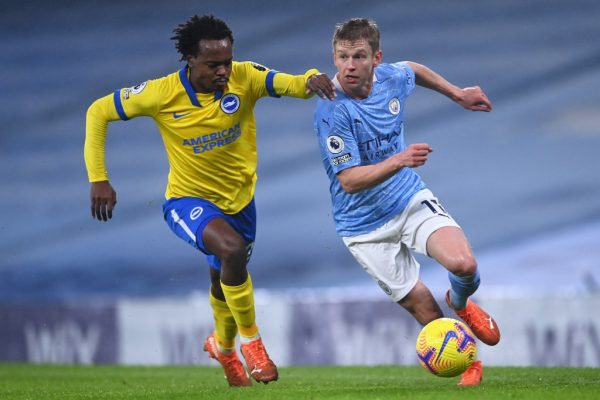 When sharing his thoughts with Phakaaathi on Percy Tau finally turning out for Brighton & Hove Albion after spending over two years on loan in Belgium, Pitso Mosimane sounded like a proud father who just saw his son take his first step.

The former Mamelodi Sundowns mentor, who now sits in arguably the hottest seat where African club football is concerned, at Al-Ahly, has advised local players in the country to dream beyond playing for the top three in Soweto giants Orlando Pirates and Kaizer Chiefs, and the dominant force that is Masandawana.

“Jingles” also expected Tau to be recalled a lot sooner by the English Premier League club, but understands that it was not in Brighton’s hands.

“It has been a long time coming, I feel it should have come earlier than this. It is good that Percy is there. It has been a while since we had a player in the EPL. The only person we had was Kamohelo Mokotjo in the first division. We are in a good position and we need more,” Mosimane told Phakaaathi.

“Percy playing in England can only be a motivation for players playing in South Africa to take football seriously and be patient. We should not just look at the talent only. Percy was forever looking after his condition because he lives a different social lifestyle and that counts.

“South African players must look beyond Chiefs, Pirates and Sundowns. Another step is North Africa, football is a bit tougher here and the remuneration is bigger than the PSL. If it is not Europe, then it is North Africa and I did not know this before I came here,” he added.

“Jingles” has always been an advocate for a quiet social lifestyle, saying that was one thing that made players of his generation thrive abroad.

“Players must understand that to arrive at the level, you cannot expect to change it in two months and then you go to the EPL, it must be an everyday thing. Percy has been doing that for years. He never invested in leisure time, he invested in his conditioning and technique.”

“When we were training in the morning at Sundowns, he was training in the afternoon because he did his studies. To play in the EPL you need to be an extraordinary player in South Africa and it is not just about talent.”