A box to box game from Kaizer Chiefs and Orlando Pirates failed to produce a result that resembled the fighting spirit shown on the field. 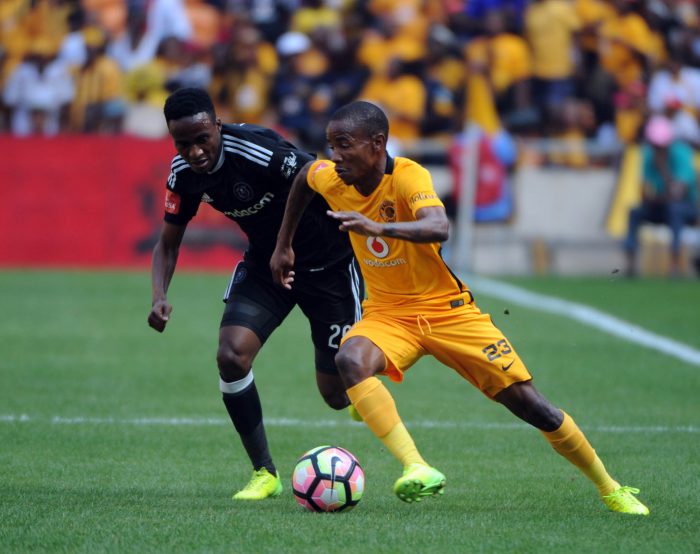 Pirates created the bulk of scoring chances in the first half forcing three saves out of Itumeleng Khune.

The Sea Robbers’ fire was put out by a Joseph Molangoane goal in the 16th minute. Bernard Parker rolled the ball into his path for tap in past Brighton Mhlongo.

Chiefs were patient in their build ups trying to extend the lead allowing Pirates to come at them before finding spaces in their opponents half to exploit.

Amakhosi were caught napping in the 34th minute when Thembinkosi Lorch sneaked past Chiefs’ defence, before his shot deflected on Tsepo Masilela before going through Khune’s legs for the equaliserl.

The home side was shaky for most of the game losing possession far too easily in crucial positions.

Edmore Chirambadare was the first player to leave the field through substitution making way for William Twala in the 54th minute.

Twala didn’t disappoint as first contribution was winning a free kick outside the Buccaneers’ penalty box. His enterprising runs into the Pirates half sprang Chiefs into attack.

Coach Kjell Jonevret tried to counter the Glamour Boys’ attack with a double substitution of Riyaad Norodien and Tendai Ndoro.

A penalty awarded to Chiefs in the 85th minute, but Willard Katsande’s spot kick was kept out by Mhlongo, keeping the score locked at 1-1.

An injury time corner kick to Amakhosi had everyone clutching their chests when an effort by Eric Mathoho narrowly went wide much to Mhlongo’s relief.