All eyes will be on Steve Komphela's Kaizer Chiefs on Saturday afternoon when they face Bidvest Wits in a Telkom Knockout semifinal as the mentor still seek his elusive first domestic trophy to end a two-and-a-half year title drought at Amakhosi. 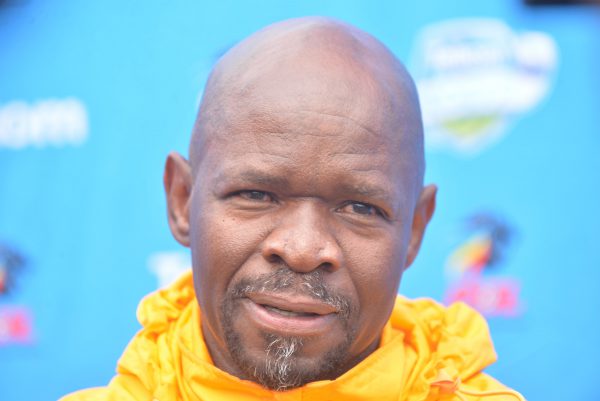 There have already been whispers that if the team failed to annex the TKO, Komphela may be asked to seek employment elsewhere.

But Komphela remained characteristically evasive when it was put to him that winning the Ziwa Mo title could be a defining moment in his career as a coach, saying he does not seek personal glory.

“I am a man of process,” he said. “Even with an outcome that is favourable I would still assume that it belongs to the process and not me alone.

“Maybe again owning up as part of leadership, if it doesn’t come through as favourable result then you stand up and own up and face the music. If it’s sweet let’s share it, if it’s sour take it by yourself,” he added.

In the Students, Amakhosi have a dangerous opponent, especially at the more compact Bidvest Stadium in Milpark, and Komphela said they are under no illusions about the task ahead.

“It’s not going to be an easy match. Gavin Hunt is not in a good space. They are still a strong side but they have their weaknesses. We have to plan properly. We know how Wits are,” he said.

The 50-year-old coach said he would not want his players to be overwhelmed by the occasion so he will try to keep them focused on the match and not what winning or losing it entails.

“I think we are riding on the fact that they have been doing well and winning matches. And without highlighting the event, we depend more on their performances. You can only highlight the event after the match because if you point to the event prior, they will forget the performance. So you tell them you are doing well, keep doing the same, focus on the game and the results will take us further. We have to keep a narrow focus,” he said.

With Itumeleng Khune having played both legs in Bafana Bafana’s woeful World Cup qualifying campaign against Senegal while carrying an injury, Komphela said his other keepers are ready to take over should he not be fit to play.

“Brilliant (Khuzwayo) is ready. Brylon (Petersen) has been training well and (Bruce) Bvuma is there as well. The only thing we are happy about is that Khune played without the mask in the second match. The worry even with Shabba (Siphiwe Tshabalala) and Tower (Erick Mathoho), is if they were to play on Saturday would they have recovered, its killing playing in the continent but there is nothing to do about it.”

READ: The search for a striker continues at Chiefs