Sundowns not ready for SuperSport – Pitso

A mouth-watering fixture between reigning Absa Premiership Mamelodi Sundowns and SuperSport United headlines this weekend's opening fixtures of the 2019/20 season. 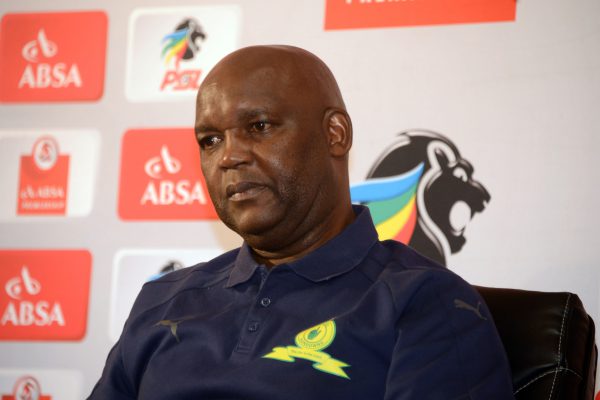 Sundowns recorded their 10th championship victory last campaign, making them the most successful team in the Premier Soccer League.

However, Sundowns coach Pitso Mosimane  feels his charges are not ready to go up against their Pretoria rivals, whom they lost 2-0 to in their second meeting in the league last campaign, even though Downs won the first game 2-1.

“I don’t like this game because it comes at a wrong time for us because we are not ready for this game. When we played them last year it was just after returning from the game against Al Ahly (Caf Champions League) and we lost 2-0,” said the Downs coach.

“We made eight changes in that game, but that doesn’t mean we should not win and that other players are not good. But you know when you have momentum in the team you don’t want to break it, you drag along inother players who have not had game time in a long time – putting them under pressure and unfortunately they crack.”

Meanwhile, Matsatsantsa a Pitori head coach Kaitano Tembo will be looking for a better start this season after his side endured a poor campaign which saw them lose the MTN8 final and finish the season in sixth position.

Tembo points out injuries as the main factor that contributed to their inconsistency, as well as not having enough personnel in his squad.

“I think when I took over the club we were 14th, it was the most stressful period for us as a club and for me as a coach as well. However, it has helped a lot going into the new season, even though it was not going to be easy. We made the final of the MTN8 and we lost on penalties. And just before the break, we were third in the table after 15 games. But we had our challenges, we had injuries and we didn’t have a big squad,” said Tembo.