TS Sporting will win promotion for the people of Mpumalanga – Mosala

The drought of top flight football in Mpumalanga will soon be a thing of the past if TS Sporting’s new coach, Selaotse “Sly” Mosala has anything to do with. 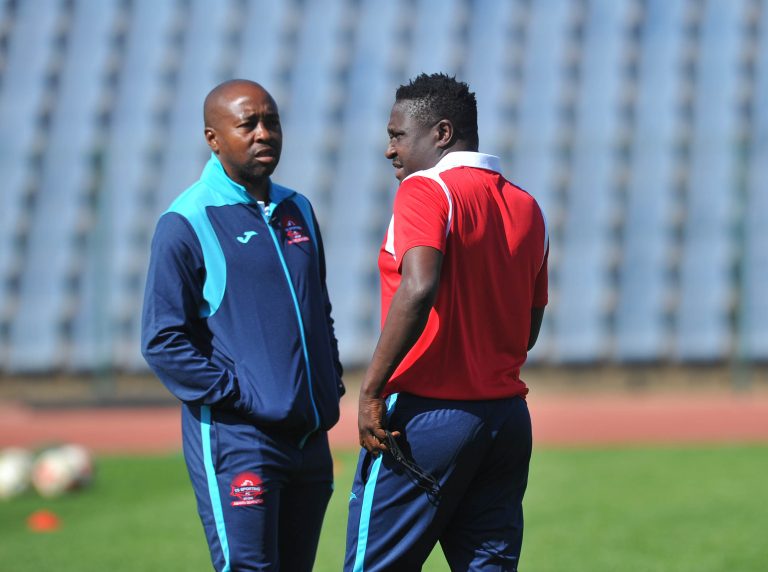 The former Free State Stars assistant coach who has a Uefa A License said his team are in it to win it and want to make the jump from the GladAfrica Championship to the big league at the end of the current campaign.

“We have to go for it. We have to give ourselves a chance. We have to try and get promotion to the Absa Premiership because the people of Mpumalanga deserve to have a team in the top flight,” he told Phakaaathi after guiding his team to a 1-1 draw against Maccabi FC, now known as Swallows FC, at the weekend.

He added that the draw was a good foundation from which to launch their campaign for the top flight. “You always need a foundation, you always need to start somewhere. This point we earned here is foundation, now we need to build on it. We need to work on getting better.

“We are home for our next game and we need to kill the team that we are playing with, which is Richards Bay,”  he said.

Abantu Bemthetho had to come from behind with Katlego Mojela scoring the equaliser after Thapelo Tshilo had put the home side ahead. Mojela was a constant thorn in the Swallows FC defence and Mosala said they had found a serious gem in him.

“I don’t know where he had been hiding all along. He should have become a professional player long ago. He’s now 28 and is little bit late in turning pro. He’s matured, he does the right things on the field and he is fitting in nicely with the team.

“When I first met him at training, I went to him and said ‘my man, where have you been all along?’ because of the things he was doing. He is good player,” said Mosala.

“We found him at the ABC Motsepe League play-offs in Cape Town where he was playing for Casric of North West,” concluded Mosala.