"He has agreed personal terms with the club and right now it is just a matter of finalising some documents and registering him,” said an insider at the club. 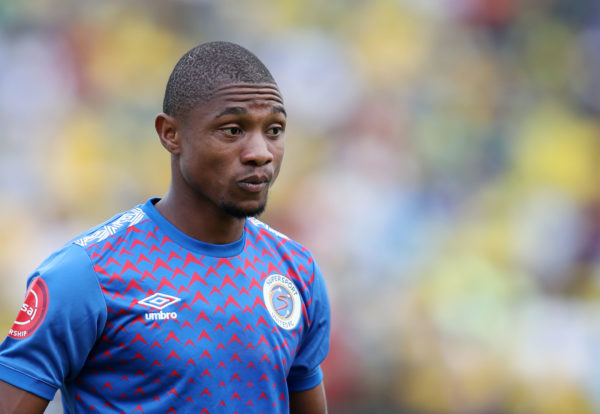 AmaZulu FC have agreed personal terms with former Orlando Pirates and SuperSport United winger Thabo Qalinge, who has been training with the club for a while now.

Qalinge has been in the wilderness since his departure at Matsatsantsa last year in July. SuperSport released the speedy winger after failing to make an impact at the club which saw him spend most of the time on the sidelines, having secured a one year contract with Kaitano Tembo’s team.

The 29-year-old Soweto born player has been trying to revive his career since then and he is now set to join Benni McCarthy’s Usuthu after impressing the AmaZulu technical team.

“Yes, he has agreed personal terms with the club and right now it is just a matter of finalising some documents and registering him,” said an insider at the club.

“He has been working hard since he arrived at the club and that is why the technical team decided that they should give him a chance. At this stage I am not sure about the length of the contract, but what I know is that he will be announced as an AmaZulu player soon.”

At AmaZulu, Qalinge will be united with former Bucs players like Luvuyo Memela, Augustine Mulenga and Xola Mlambo.

Qalinge, who blossomed into the South African football scene at Mpumalanga Black Aces, will be eager to get back to his best with his dazzling dribbling skills and pace to try and add value into the formidable Usuthu side which has been assembled by McCarthy this season.

The KwaZulu-Natal club is one of the in form clubs this campaign. At the moment, they are among the leaders in the league standings.

AmaZulu are sitting in position five on the log with 34 points after 20 games. They are just six points behind Mamelodi Sundowns, who are at the summit of the standings with 40 points, but the Pretoria outfit have only played 18 league games.