Stellies failed to convert their chances in the Bucs game, with 23-year old striker Ashley du Preez being the main culprit. 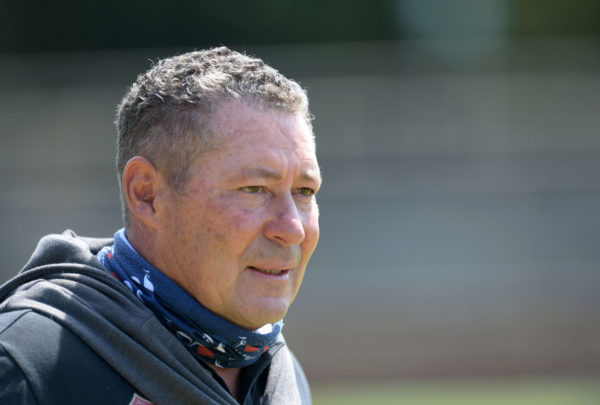 Stellenbosch FC coach Steve Barker rued his charges missed opportunities after they played to a goalless draw against Orlando Pirates at Danie Craven Stadium in Cape Town on Tuesday.

ALSO READ: Sundowns one win from the title as Pirates and AmaZulu slip up

Barker’s Stellies had the upper hand in the game with the Capetonians presented with a number of clear cut goal scoring chances. But, they failed to use them with 23-year old striker Ashley du Preez being the main culprit.

Stellenbosch haven’t registered a victory in their last nine games. After 26 games, the club is sitting in 12th position  on the log with 26 points in the bag.

“It seems like I’m repeating myself week in and week out, it’s just been unfortunate with the season that we are having. The commitment of the players is superb, the effort is superb. We are trying our best to win football matches, it’s not through lack of commitment or trying, it (the ball) just doesn’t want to go into the back of the net,” said the Stellenbosch mentor.

Barker applauded his players for their efforts despite not being able to get a victory and said they will soon get rewarded for their hard work.

“We created far better chances in the game, it shows with their keeper (Wayne Sandilands) being the man of the match. We just have to keep on fighting. At the end of the day it’s a good point, it should have been three but it is not. We just have to continue believing in what we are doing and our players will reap the rewards of the effort we are putting in currently. Again, very proud of the effort, we just have to find a way to put that ball behind the line.”

Stellenbosch face another Soweto based outfit Swallows FC in their next league fixture at the Dobsonville Stadium on Tuesday.