Jele set to achieve another milestone at Orlando Pirates

Jele has been a Buccaneer since he turned professional back in 2006. 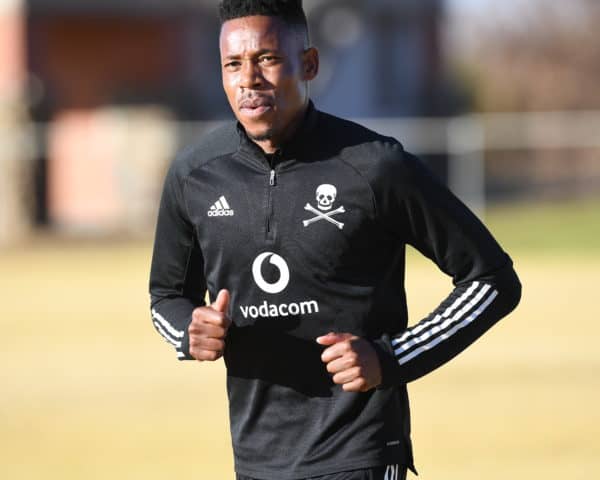 Happy Jele is one game away from reaching 400 appearances for Orlando Pirates. (Photo by Lefty Shivambu/Gallo Images)

Orlando Pirates captain Happy Jele will be keen on getting maximum points when the Buccaneers host Swallows FC in a Soweto derby in a DStv Premiership tie at the Orlando Stadium on Saturday, especially since he will be making his 400 appearances for Pirates should he play.

Jele, who is currently the longest serving player at the club, has been with Pirates since he turned professional back in 2006.

“Happy Jele is on the cusp of securing an incredible individual milestone for the upcoming DStv Premiership clash against Swallows this weekend. 34-year-old will become the first Orlando Pirates player – in the PSL era, to register 400 appearances for the team,” said the club on their website.

“If one considers the fact that it took 16 years for the standing record which was held by the legendary Nigerian keeper William Okpara (375) to be matched and eventually beaten, this feat of 400 appearances by Magents (Jele), is set to stand for some time to come.”

But, the clash against Swallows won’t only be about setting records for Jele, with revenge in his mind and the rest of his teammates after the Birds knocked the Buccaneers out of the MTN8 this season.

Swallows edged Pirates by 2-1, thanks to a brace by Rudzaigh Gamildien, while Kabelo Dlamini got Bucs’ consolation goal.

Another motivation for the Buccaneers going into this clash will be registering their first win of the season, having recorded one loss in a cup game and two draws in the league, which sees them on two points.

Swallows, meanwhile, should be confident going into this tie, with the Birds having registered one win and one draw in their first two league games, which seems them on four points.

Swallows have enjoyed a decent start into the 2021/22 campaign, with the club also in the running for the Wafa Wafa trophy, following their 0-0 with Cape Town City in the first leg of the semi-finals away from home.

Last season, the two teams played to two 1-1 draws in the league.