Durban derby ends in a stalemate. 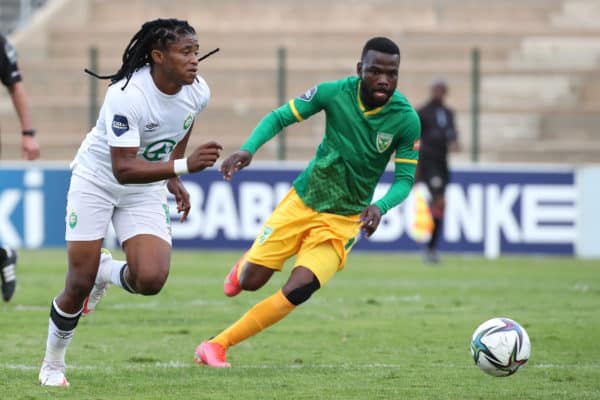 The Durban derby between Golden Arrows and AmaZulu at Sugar Ray Xulu Stadium on Wednesday afternoon was a real derby, just a pity it ended in a draw.

The game had all the dramatic ingredients of such games despite Arrows and AmaZulu sharing the points after a 2-2 draw in Durban.

Usuthu took the first stab in the 23rd minute through Xola Mlambo who was playing higher up in the No. 10 position and was influential in his side’s attacks.

But their lead was not long with Arrows awarded a penalty after Tsepo Masilela handled the ball inside his own box. Knox Mutizwa converted from the spot to make it 1-1.

Arrows had a glorious chance to take the lead when they were awarded another penalty. This was after Luvuyo Memela had fouled Nkosinathi Sibisi inside the box.

Mutizwa was tasked with the resultant kick again but his shot hit the post this time around. The ball ricocheted and fell kindly for Pule Mmodi. He tried to bury it but Veli Mothwa was quick on his feet and managed to parry it to safety.

The second half started a little conservatively with both sides more inclined to avoid conceding. But it opened up as the half wore on and Arrows would have thought they had it in the bag when they scored in the 76th minute.

The goal came from a beautifully taken curling corner by Saziso Magawana which met Matome Mathiane who had just come on and he nodded it past a stretched Mothwa.

But a few minutes later Usuthu had equalized through Bongi Ntuli’s penalty. It was awarded after Sibisi – who had won one on the other end – conceded a foul against Siphesihle Maduna.

Both Arrows and AmaZulu had more chances and could have made out with more than just a point, but both coaches might agree a draw was a fair result.