A source has claimed that an overseas based side has made enquiries about Ofori's availability. 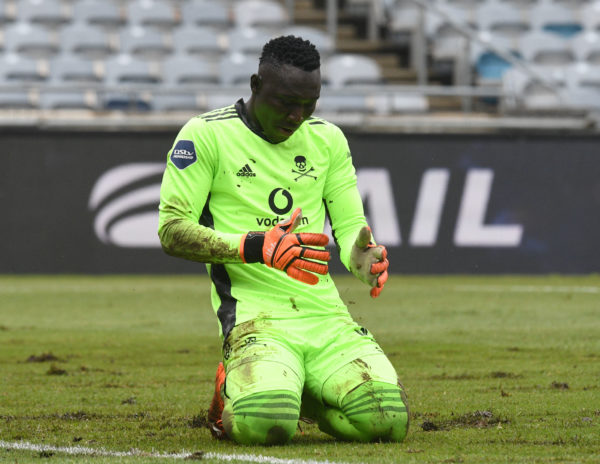 A goalkeeper crisis is looming at Orlando Pirates with news reaching Phakaaathi’s Mgosi squad desk suggesting that they could lose Richard Ofori at the end of the season.

ALSO READ: Mpontshane on his way out at Orlando Pirates

A source has claimed that an overseas based side has made enquiries about the 27-year-old keeper’s availability, and if they follow through, it could potentially leave the Buccaneers without a goalkeeper.

It has been reported previously that Wayne Sandilands, who turns 38 this year, is considering retiring and takin up a goalkeeper training role with the club, while Siyabonga Mpontshane’s deal has yet to be renewed.

Phakaaathi reported earlier this year that Pirates were interested in bringing Baroka’s Oscarine Masuluke on board next season while Siyabonga Mbatha of AmaZulu is said to have already signed. But if these deals fall through and Ofori leaves, Pirates could be faced with a crisis.

The curtains are set to close on Siyabonga Mpontshane’s career at Orlando Pirates, as he has been with the Sea Robbers since 2015.

Mpontshane’s current deal will reach its expiry date this coming June and Phakaaathi has been led to believe that the club are not keen on extending his deal.

The 34-year-old has only played one league game this season as Richard Ofori and Wayne Sandilands have been the preferred choices in goal.