No visa, no BET awards for Babes Wodumo

While Babes was busy complaining about the Samas, she forgot to apply for her visa to go to the BET awards.

It’s safe to say Babes Wodumo is not having the best year so far. Just a month after walking away empty-handed at the South African Music awards, Babes allegedly failed to secure her visa travel documents to go to the BET awards, where she has been nominated in the Best International Act: Africa category.

Just last week, Babes and Nasty C were hosted by the eThekwini Municipality in a breakfast sendoff ahead of the BET awards, but it seems as if she will be watching the awards from home like the rest of us.

In an interview with TshisaLive, Babes said she was excited about attending this year’s BET awards, and for her, the nomination was proof that one did not need to be fluent in English to be recognised internationally, but must produce great music.

“I think that this nomination proved to other people that me speaking Zulu has not closed doors, but instead opened them for me. I didn’t have to speak English to be recognised by BET,” she said.

“As the first SA female nominee representing eThekwini all the way in America, this needs to be celebrated. I feel like the municipality should have a celebration for me,” Babes joked.

She went on to say she was not worried about the US market not understanding what she was singing about because she was confident it would impress them regardless of the language barrier.

“My music and dance leaves people happy, so I will impress them with that. Above that, I am a proud Zulu girl, and that won’t change. Look at me now, I may even be chilling next to Rick Ross,” she added.

So Babes Wodumo aint going for awards just coz of VISA docs????????‍♂️

damn you taxi ranks for spoiling us????
pic.twitter.com/WORYLiEup4

I'm willing to BET Babes Wodumo assumed it was our job to apply for a visa for her. What's your bet? #BETAwards pic.twitter.com/6m6sJwWXR2

Please tell me Babes has a visa to go to the BETs, guys. I've had a tough week, I don't need this extra drama pic.twitter.com/XibW7HqiY5 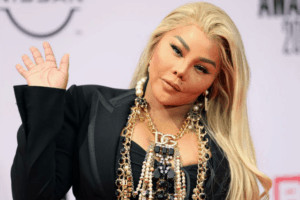 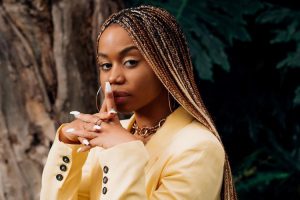 WATCH: Sho Madjozi triumphs at the 2019 BET Awards
2 years ago
2 years ago

WATCH: Sho Madjozi triumphs at the 2019 BET Awards
2 years ago
2 years ago