Hunt explains why Nurkovic was handed the Kaizer Chiefs armband

“He leads by example, that is what we need in the future at this club," said the Amakhosi head coach. 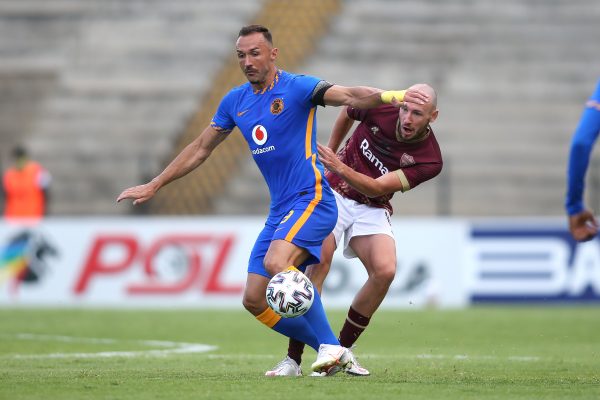 Gavin Hunt revealed on Saturday why he gave Samir Nurkovic the captain’s armband for the goalless DStv Premiership draw with Stellenbosch FC at the Danie Craven Stadium.

Nurkovic took over the captaincy with Ramahlwe Mphahlele out injured, while club captain Itumeleng Khune is not currently being selected by Hunt.

“He leads by example, that is what we need in the future at this club, people with game toughness, he is one of them. Rama has been captain and if he comes back he will be captain again,” said Hunt.

Nurkovic has been a main reason for Amakhosi’s recovery in their last few games, returning from injury to help his side to three Premiership wins in a row, with a goal and two assists to his name already this season.

He was not able to produce against Stellenbosch, though he fought as hard as usual, missing a gilt edged opportunity to snatch the win in the last ten minutes.
“We went for it, we were brave in the second half, but they could have got a few as well,” added Hunt.

“It was a good away performance at times, they have a lot of pace up front, they bring you onto them and if when the ball turns over … so you have to play with end product and not turn the ball over. But that takes time.”

Chiefs will now play Baroka FC in their next match on Tuesday, before finishing off January with the Soweto derby against Orlando Pirates, and a chance for revenge for their 5-0 humiliation in the MTN8 semifinals earlier in the season.