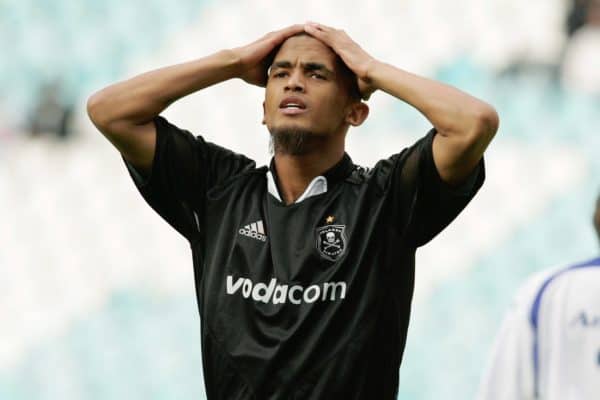 It was a normal day for Tyren Arendse on Tuesday morning, just before around 9am when he received a call from someone claiming to be football agent Jazzman Mahlakgane, telling the former Orlando Pirates, Santos FC and Mamelodi Sundowns player that AmaZulu FC require his services for the club’s reserve team.

Arendse was excited by the news, with the supposed Mhlakgane forwarding a number of someone who also claimed to be Usuthu chairman Sandile Zungu, asking Arendse to fly down to Durban on the same day.

Arendse says everything seemed legit, with the conversation between the trio lasting for a couple of hours.

“You know, I got a call from this guy portraying himself as Jazzman. Personally, I don’t know Jazzman but I know who he is. When we started chatting and asked me what I’m doing currently, he mentioned players he is representing and he told me that he is working with Sandile Zungu and he is the one assisting him to get players,” Arendse told Phakaaathi.

“He said they are looking for an assistant coach for the reserve team and they were looking at me potentially – after seeing the work that Benni McCarthy is doing, they thought it would be a good idea to have another Cape Town born coach.

“He forwarded me Sandile Zungu’s number and said that he is going to be in contact with me regarding me coming to Durban. The ‘Zungu’ guy told me that I have to come to Durban today (Wednesday) or Thursday because that’s when he will be available. After that I just need to sort everything out with ‘Jazzman’ because he will be making all the arrangements.

“Everything seemed legitimate and I didn’t pick up anything up. The Jazzman guy called and told me that his office has made all the bookings and sent me the sms with the booking details. That also still looked good. Then, the Sandile Zungu guy told me that he is going to deposit money into my account and I must pay the Jazzman guy for the tickets. The sms I got looked good, like someone when they make an EFT payment into your account. I’m still thinking it’s real. But after a while, I thought to myself, I’m not sure if this is how they do business,” he continued.

“The ticket was R2150, and the Zungu guy supposedly deposited me R4000 with the message I got and said I should just pay the Jazzman guy R2150 for booking me a ticket and take the rest to get to the airport. Then, I thought, ‘this guy pays R4000, then leaves me with R1850 for transport to get to the airport?’ That’s a lot of money. Now it was the case of Jazzman wants his money. And all along the Zungu guy says he is going to a meeting and I must sort it out with Jazzman. And the Jazzman guy says he is at the PSL offices busy with TTM. And I’m saying to the Zungu guy the money hasn’t reflected into my account. The interesting part is they told me to pay the money so long and when it reflects into my account I will have my money. That’s when I realised that no, this sounds dodgy.”

In the end, Arendse says he ended up calling Usuthu goalkeeper coach Moeneeb Josephs to ask how things are being done at the club.

The former Bafana Bafana shot-stopper ended up saving Arendse from the scammers, telling him that the chairman of AmaZulu Sandile Zungu doesn’t do business that way. And that he would have known about Arendse coming to join the Usuthu family since the reserve’s technical team works hand in hand with the senior team technical team.

Meanwhile, the scammers got agitated with Arendse and adds that they went on to ask him that he must pay half the money. But, in the end, they didn’t get anything from him.

Benni McCarthy - Coach, street-fighter or both?
2 hours ago
2 hours ago

Benni McCarthy - Coach, street-fighter or both?
2 hours ago
2 hours ago