Xulu does not regret joining Chiefs

Former Kaizer Chiefs defender Siyanda Xulu believes he may have joined the Soweto giants at the wrong time. 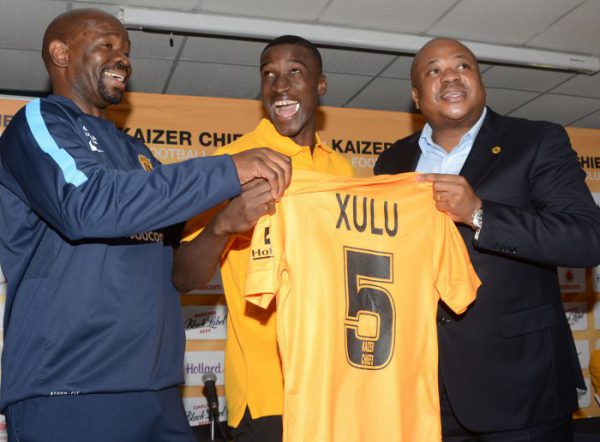 Xulu spent a frustrating two years at Amakhosi where he failed to break into Steve Komphela’s starting team.

The 25-year-old defender only played a handful of matches for Amakhosi.

Xulu was unveiled as a new recruit at Maritzburg United on Thursday after reaching a release settlement with Amakhosi earlier in the week. He signed a three year deal with the Team of Choice.

“I do not regret anything,” the 25-year-old was quoted as saying by Isolezwe on Friday.

“It was something new to me not to play regularly. But I think my style of play was not what the coach wanted. I do not blame myself for choosing Chiefs. Maybe I was at the right team at the wrong time.”

He said it had been a difficult two years for him at Chiefs but the experience has grown him as a player.

“The two seasons were difficult as it was something new to me to be side lined. I do not want to dwell on that but I was really disappointed. But I cannot run away from the fact that I was not what the coach wanted which is why I chose to leave.”